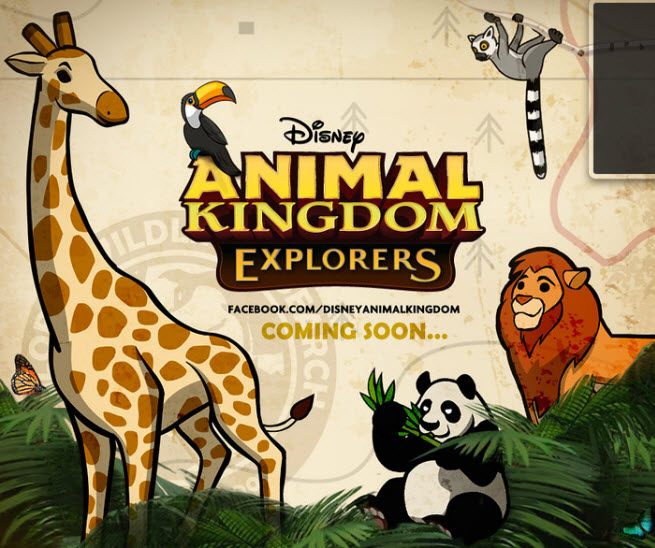 Disney’s Playdom scored big with Gardens of Time, the most popular game on Facebook last year. Now the company is announcing a new title in the fast-growing hidden-object social game genre. 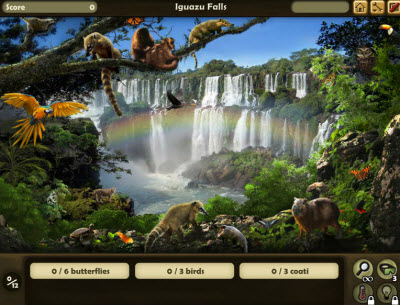 The new Disney Animal Kingdom Explorers game is being built by the Playdom division and is inspired by Disney’s Animal Kingdom theme park near Orlando, Fla. The game shows Disney is quite serious about remaining a big player in the lucrative social gaming market, where it hopes to outrun rivals such as Zynga by using its big brands.

Players search through scenes in the game to find hidden objects.

The hidden-object genre is huge on the casual web, but mostly as single-player games. Last year, the genre appeared as a social game on Facebook with the launch of Mystery Manor from Game Insight, but it really broke loose with Playdom’s Gardens of Time, which still has 6.4 million monthly active users.

In the Animal Kingdom Explorers game, players can create and nurture their own wildlife nature preserve around the Tree of Life. They can search for hidden objects in dozens of natural scenes from around the world, from the Rocky Mountains to the Amazon Rainforest. 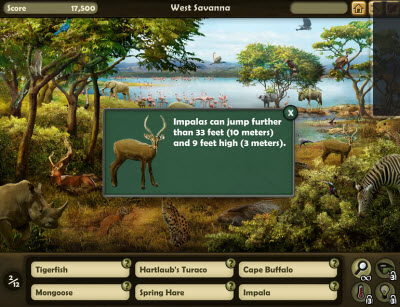 The game is aimed at the older female users on Facebook, but it could have broader appeal, said Eric Todd, vice president of product at Playdom and creative director on Animal Kingdom Explorers, in an interview with VentureBeat.

“We wanted to pick a theme that was more universal, and everyone loves animals and nature,” Todd said. “We went to the park and we knew that this was the game we wanted to make.”

Other hidden-object games have narrowly focused on fans of Victorian-era mysteries. But this game should appeal to those who have interest in animals, nature, and exploratory travel, said Patrick Hsieh, lead producer of Animal Kingdom Explorers.

Two of the scenes, Harambe and Anandapur, draw inspiration directly from Disney’s Animal Kingdom theme park. Players can become part of the Global Wildlife Research team and look for rare and endangered species. In that respect, the game is educational. It also has a story and characters that lead the player through at least six chapters with a total of 36 scenes. The game launches in the coming weeks and new updates will be timed for Earth Day on April 22. 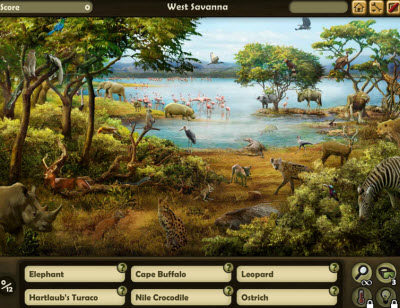 The market for social games is becoming a lot more competitive, and the hidden-object genre is also heating up. Rivals include Zynga’s Hidden Chronicles and Making Fun’s Hidden Haunts. To stand out, Disney chose to focus on a well-known intellectual property, Hsieh said.

“It has iconic images and themes that come from the park,” Hsieh said. “It has educational value with facts about animals and the environment.”

The art style is photorealistic and users have to find objects in a scene within a certain time period. They can challenge their friends to timed matches and build out their own nature preserves as they progress. 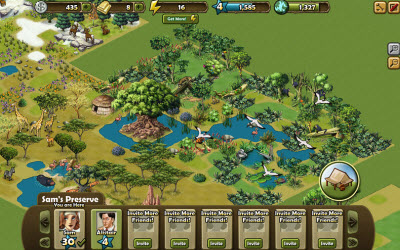 The Playdom team in Palo Alto, Calif., focused on details and ran them by the park’s operators. They loved the ideas and helped build out the game, Todd said. The scenes are based both on places in the park and on natural settings from around the world.

Right now, users can’t create their own scenes, but that might be under consideration for the future, Hsieh said.