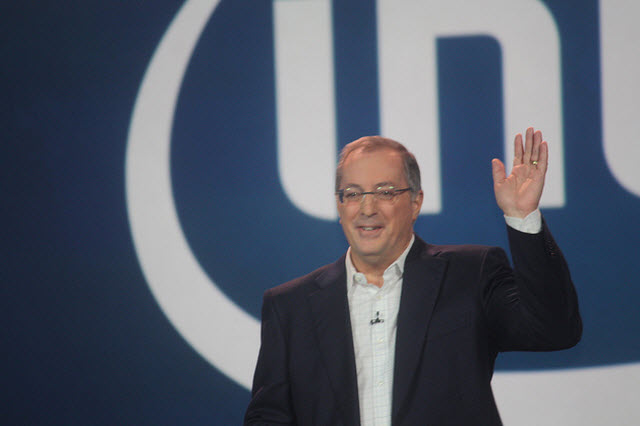 Intel’s decision to get out of memory chips and focus on microprocessors in the 1980s is still paying off. Fueled by strong sales in its core PC chips business, Intel reached its highest overall chip industry market share in more than 10 years, according to market analyst IHS iSuppli. 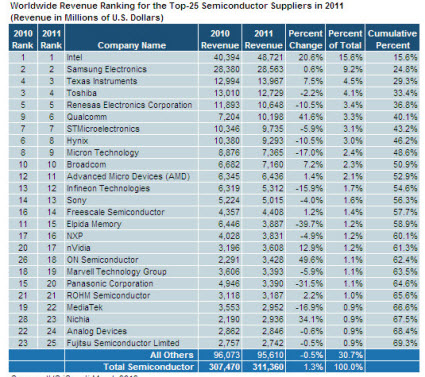 “Intel in 2011 captured the headlines with its major surge in growth,” said Dale Ford, head of electronics and semiconductor research for IHS. “The company’s rise was spurred by soaring demand for its PC-oriented microprocessors, and for its NAND flash memory used in consumer and wireless products.”

(Intel sold the flash through a joint venture with Micron). Intel’s market share was also boosted by its acquisition of Infineon’s wireless chips business. That helped it stave off No. 2-ranked Samsung Electronics, which had a market share of 9.2 percent, unchanged from 2010.

Intel’s revenue jumped 20.6 percent in 2011, outpacing the growth rate of every other supplier in the top 20 except Qualcomm (which grew 41.6 percent) and ON Semiconductor. Intel’s previous market share was 13.1 percent in 2011. Another fast-growing chip maker was Nichia, a maker of light-emitting diodes, which grew 34.1 percent.