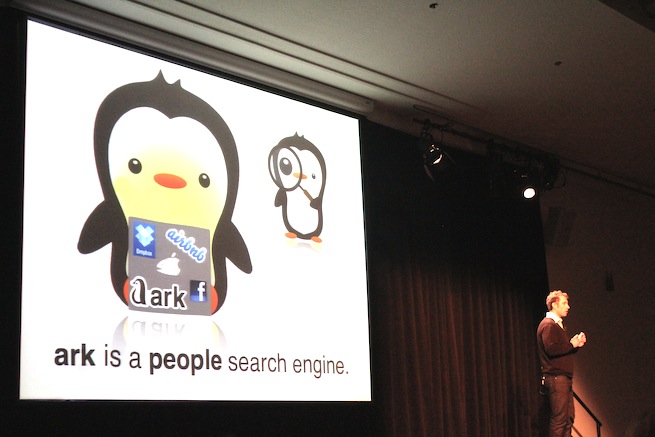 There a new search engine in town to freak out about: Ark, a “people” search engine that scrapes social networks to compile its own profile of you.

Ark found that over 30 percent of searches were for individuals. The startup asked the question, “What could Google and Facebook build if they were not at war with one another. Co-founder Patrick Riley believes the answer to that is Ark. The company looks at every major social network (including Facebook, RenRen, LinkedIn, and more), and then creates profiles that are housed on its own servers. People can then query the database to search for individuals not by name, but by different qualities. For instance, if you’re looking for a person who lives in New York, speaking Mandarin Chinese, and works in technology, you can find that person using Ark.

Ark has already indexed over a billion people this way, which is roughly 14 percent of the world’s human population. The average length of time people spend on Ark is 13 minutes per session, which is a pretty fair amount. However, it’s obvious why people spend so much time on the site — Ark is another way for people to stalk those they don’t know.

This is just another lesson in “watch what you put on the Internet.” Much of the information people supply to Facebook, Google+, Twitter, even Myspace is easily accessible by the public. If you aren’t okay with people aggregating that picture of your kids, your hometown, or the place you worked when you were in high school don’t put them online. Otherwise you’re subject to having your data crawled and collected by companies like Ark, which is essentially just trying to make it easy for people to meet each other.

The startup currently has 10,000 beta testers, and it’s received over 80,000 requests to join the beta test in the past 48 hours alone.

Ark is one of 39 companies presenting at Y Combinator’s Demo Day Spring 2012 event. Check out other cool companies making their debut here.