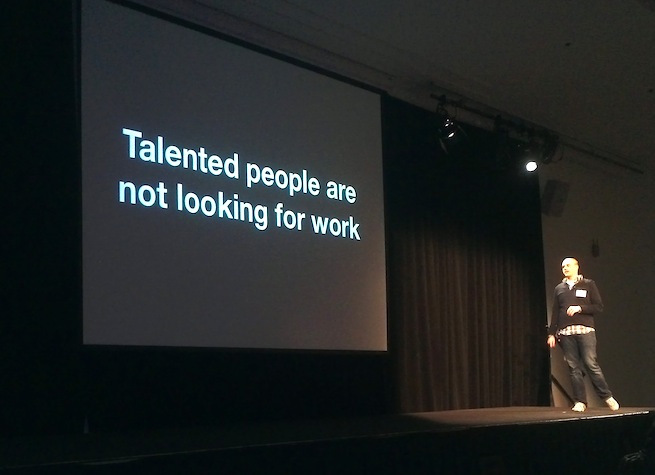 Old-fashioned paper resumes are starting to disappear, and Coderwall has a plan to replace them. The startup creates resumes for coders and developers that show off how great they are at the jobs they already have. Using gamification, developers can earn badges for projects they accomplish and skills they’ve obtained, also know as “geek cred.”

“We’ve taken the text-based resume and changed it with quantification,” said founder Matthew Deiters. He wants to replace the paper resume, and LinkedIn as well, creating a niche community of coders showing off their skills.

Engineering teams from Twitter and Heroku are already competing to get better scores on Coderwall, based on the coding work they do. The collective Coderwall community has already built 30 apps.

Each team and individual coders can gain achievements, such as “Made something awesome” or “Have an original repo.” You can also post updates on what you’re doing professionally, such as speaking an event, or post updates to projects you’re working on.

Coderwall is one of 39 companies presenting at Y Combinator’s Demo Day Spring 2012 event. Check out other cool companies making their debut here.