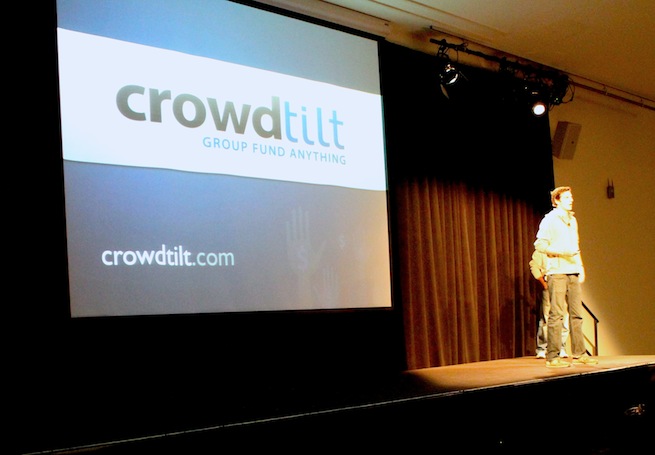 Crowdtilt wants you to take the pool of money your friends gather for a vacation and put it online. The company does crowdfunding for small groups of people who already know each other; friends and family looking to pool their money for a common cause.

Since the company’s launch in February 2012, it boasts 21 percent transaction growth each week and 34 percent repeat use from people looking to collect money from friends for concert tickets, vacations, and gift buying.

The process is what you’d expect if you’ve ever used Kickstarter, a popular crowdfunding site. The person who creates the campaign sets a “tilt” point at which the campaign will hit its funding goal and an expiration date after which no new funding can be pledged. People can contribute to complete stranger’s campaigns, but most stick those created by their friends.

Crowdtilt launched in February with backing from Y Combinator. The company presented onstage at the incubator’s demo day, trying to drum up more funding for the service.

Crowdtilt is one of 39 companies presenting at Y Combinator’s Demo Day Spring 2012 event. Check out other cool companies making their debut here.