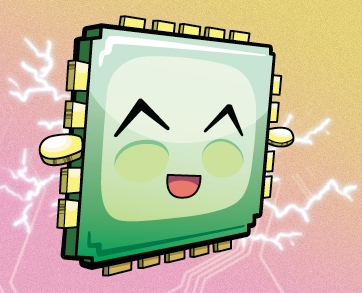 In the torrent of coverage about Zynga’s purchase of OMGPOP last week, most of the focus was on the price, eventually revealed to be $180 million. Most outlets also reported that all OMGPOP’s developers were headed to Zynga, but it turns out there was one, very vocal holdout from the bunch.

That man was Shay Pierce, who wrote about his decision in an op-ed for Gamesutra. “It made perfect financial sense for me to join, but in my case, Zynga asked for too much,” he wrote in his post.

A year ago, while working as an independent contractor, Pierce built a puzzle game called Connectrode. “I finished and submitted it to the App Store shortly after my employment with Omgpop began, with the company’s awareness and permission,” he wrote. “Financially, Connectrode had performed the same as most spare-time indie game projects: not terribly well. It was reviewed positively by TouchArcade, Joystiq, and others, and it was featured by Apple for three weeks; but it never broke into the top 10 or sold millions. It wasn’t changing anyone’s life.”

Still when Zynga offered him a choice between his new job and Connectrode, Pierce wasn’t sure what to do. He tried to draft a compromise with his lawyer that would let him hold on to his creation and go to work at Zynga, but was rejected flat out. And so he decided to stick to his values and become self-employed:

Why was I even trying to compromise? Zynga has an Austin studio, where several good friends of mine work. Yet I had never applied to Zynga. Why? Because the company’s values are completely opposed to my own values, professionally and creatively. Because I believe that developers are at the front lines of game development and deserve to be treated well, and I didn’t trust Zynga to do so. All this was still true — except that their complete unwillingness to negotiate with me only confirmed my concerns. Why on earth was I even considering joining? I politely declined to join Zynga and became the only Omgpop employee to be left behind. I don’t have a job; but I can sleep soundly at night knowing that I’m not working for any employer with whom I strongly disagree.