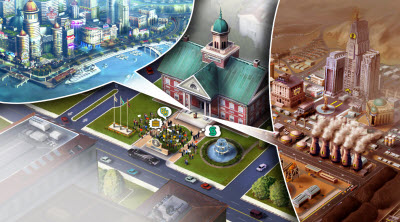 You can plop individual buildings down as if they were physical objects, and they spew a bunch of dust as you do so. You can also choose to specialize, like creating a coal-industry town, for example. It will draw blue-collar workers who are interested in jobs and don’t mind if they have to breathe in pollution. The air will turn a hazy brown, but you may find that your city is highly successful, with a huge coal company corporate headquarters, explained Stone Librande (pictured below), lead designer. 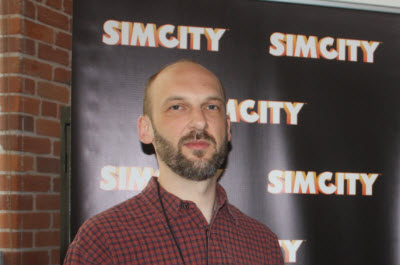 A power plant will receive shipments of coal via trucks, then convert them into electricity. If it uses more and more supplies, the price of coal will rise in the regional market.

“The free market is at play in the game,” Quigley said. Whoever has a big supply of coal may make a killing. If your neighboring city has mines and you don’t, you’re going to have to pay more for your share.

The animations on the buildings will indicate whether the plant has run out of supplies or if it is functioning fine. You can buy upgrades to add to your buildings, such as more garages or a bell tower to a fire station. If you do that, the station will be able to protect a wider swath of your city. 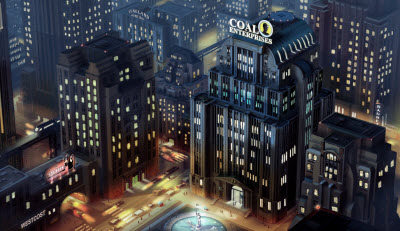 A cultural arts center may draw an entirely different kind of citizen who has more refined tastes and wants more luxury locations in the area. In the multiplayer version of the game, each city fits within a region that includes your friends. These players can compete with each other or cooperate. The coal city might produce pollution that creates smog for its neighbors. The cultural city might run out of electricity and have to buy its coal from the coal city. As you mine coal and bring it into a power plant, the building will produce electricity that powers the whole grid. The walls of buildings may turn grimy. Heavy sludge may form in the rivers. And an explosion at the power plant might cause outages for other players.

City variety will be huge. You can invest in universities to become a college town. If you create a green city, you may see that your Sims are driving around in electric vehicles. You can build your own version of Las Vegas, designing it in a way so that visiting tourists from other cities will come with lots of money, spend it, and then return home with less than they started with. Casinos require a lot of electricity — and they also bring in a lot of crime, so you’ll need more police stations. You may notice homeless people on the streets.

Collectively, the creators of the cities in a region may want to work together, or they might face social or environmental disasters. 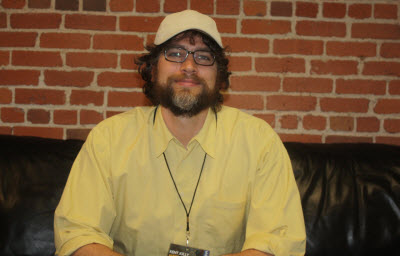 The designers reworked the audio to deal the new complexity. The sounds you hear when you zoom in on a home will be different from those on commercial buildings or when you’re listening from a bird’s-eye view of the city, said Kent Jolly (pictured left), audio director. A car generates a different noise than that of a truck. The sounds of traffic are real, and they pile up in crowded areas.

If you visit a barbeque restaurant in the city, you may hear country and western music. But if you visit a ’50s diner, you might hear rock music from that era.

Los Angeles-based composer Chris Tilton created a full orchestral and interactive score for SimCity. If there is a natural disaster happening, like a tornado for example, you will hear dramatic tunes. The music also responds to the overall happiness, so you’ll know the mood of the city at any given moment. The music is a clue if you’re doing something right or wrong.

Given all of those details to worry about, it might be very easy to get lost in the weeds. You might tend to one part of the city and find that another is suffering from neglect.

“The key is finding the right granularity for the simulation,” said Katsarelis. “We didn’t want to go hyper-realistic. We think of this more as the model railroad town that you made when you were little.”

Missions exist so that the designers can guide you to take proper care of your city. It’s not just a giant, open-ended sandbox. Gamers want to be led to rewards, and they want to know the road map that will help them reach their biggest goals.

“That adds structure to the game,” said Katsarelis. “Players are going to have lots of tools to build out the city as they wish.”

I can’t wait to play this game. It’s a massive undertaking. About a year ago, the team was tiny. The whole game design existed on a handful of illustrated documents produced by Librande. Somehow, the game is coming together as the work of scores of developers gets done.

“This is what we wanted to build since SimCity 4,” said Quigley. “This is not just a painting of a city. It’s a real place with real behaviors.”