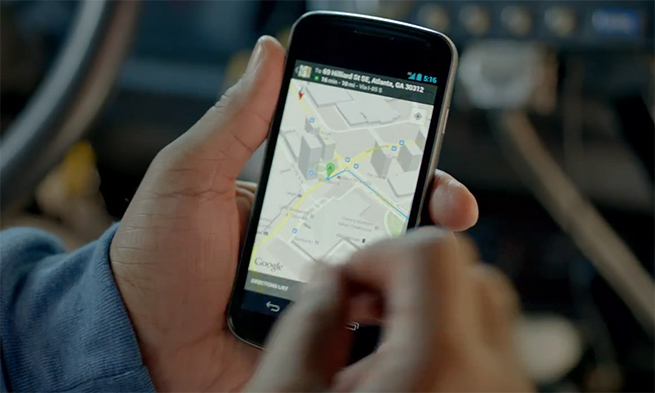 The most noticeable part of the update will go to owners of newer Android phones with high-pixel-density screens, including the Samsung Galaxy Nexus, Samsung Galaxy S II, and Motorola Droid Razr. The update enables higher resolution map images that take better advantage of the screen, resulting in a crisper look. A side-by-side comparison below shows how Maps has been altered for such devices:

For Android 4.0+ users, Google has redesigned the Navigation home screen “to make it easier to enter a new destination or select from recent and favorite locations by swiping left or right.”

Those who depend on Google for public transit directions (like me!) will also be happy with the update. With 6.5, you can prioritize which transit mode (like bus or subway) you would like to take. Transit directions and schedules are available for 475 cities around the world. The update gets the app one step closer to HopStop-level functionality.

Users who want the Google Maps update can download it now from the Google Play store.

Watch Google’s video about the update below: