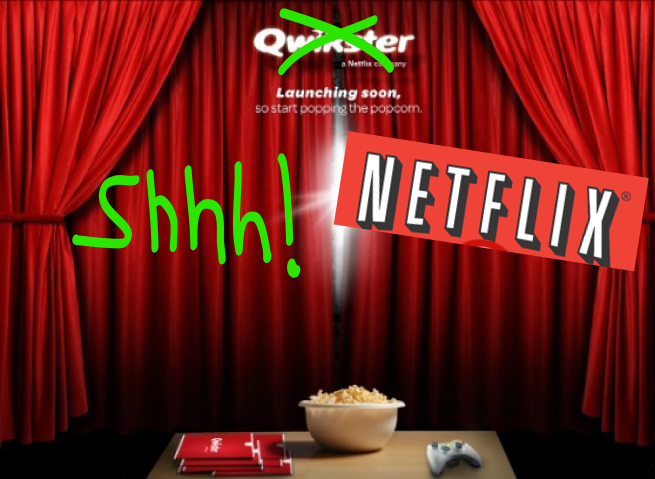 Netflix has taken another drastic step in distinguishing its DVD-by-mail rental business from its unlimited streaming video service.

Some customers are reporting that they are no longer able to rate and review movies and DVD shows on the main Netflix listing. Instead, they are redirected to a new page that’s set up specifically for DVDs. “As a DVD customer I’m now sent to a dvd.netflix.com subdomain that only has 3 customer reviews for a title that has hundreds on the Instant site,” wrote Reddit user myhandleonreddit in a recent submission.

We first noticed that the DVD rating/reviewing functionality was removed in the most recent update of Netflix’s iPad app. But since that app is primarily targeted at streaming subscribers, we didn’t think much of it.

The move, which doesn’t appear to be an accident, would mean that Netflix has decided to partially follow through with its unpopular plans to launch its DVD business as a separate service. Netflix originally wanted to turn the DVD side of its business into a separate entity called Qwikster, which would have its own separate site, queue, and billing. And while subscribers still have integrated billing and queues, the treatment of DVD rentals is obviously changing.

Over the last week subscribers have also noticed that searching for titles that are only available for rental as a DVD, won’t show up in the results. Instead, search results return unrelated streaming titles. For example, streaming customers that want to search for The Dark Knight can only see titles like The Dark Crystal, Knight Rider, and Beneath The Darkness. My colleague Sean Ludwig points out that Netflix does have a separate DVD tab, but you won’t see any DVD results from search unless you actually subscribe to a DVD plan.

The recommendation interaction between DVDs, unreleased titles, and streaming titles is apparently also been altered.

“If I am an Instant customer and go see The Artist in theaters and think it’s the greatest movie I’ve ever seen, I can’t go home and rate it 5 stars and begin getting recommendations for similar films that Netflix might have on Instant. Also, as a DVD customer I can no longer read any reviews that people may have written while having the Instant plan,” Reddit user myhandleonreddit notes.

We’re reaching out to Netflix for further comment about the changes, and will update the post when we hear back.

Update (10:25 a.m. PST): If you have both a streaming and a DVD subscription, you won’t notice a change. It seems that Netflix has basically put up a wall between DVD-only and streaming-only subscribers though.