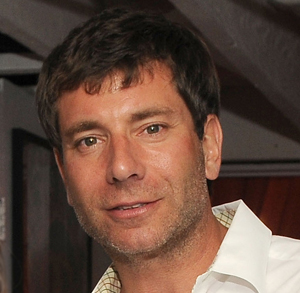 Comixology is the leading platform for the sale of digital comic books and graphic novels. The company’s sales are driven largely by purchases on the iPad, which routinely ranks the company’s iOS app among the top 10 highest grossing on a weekly basis. Comixology is also the only platform that sells digital comic book titles from all the major publishers, including Marvel, DC Comics, Dark Horse, Image, IDW, and others.

“They are the 800 lb. gorilla in the space. I’m honored to be on board,” Levin said in an e-mail to VentureBeat about the news. He joins several other influential Comixology advisers in the publishing space, including ICv2 CEO Milton Griepp, former DC Comics President Jenette Kahn, and former ZDNet head Jeff Ballowe. Levin will advise Comixology on strategic initiative and partnerships as well as business and corporate development.

A key part of Comixology’s success has been in forging partnerships. The company not only sells a variety of comic book titles from top publishers, it also provides the back-end for many of those publisher’s official mobile apps (Marvel, DC Comics). That also includes special-branded apps for specific titles like The Walking Dead, Scott Pilgrim, Star Trek, and others.

With Levin joining the board, Comixology is bound to forge new lucrative partnerships in the geek/entertainment genre space. In addition to his position at Nerdist, Levin has also acted as executive adviser to Japanese media company Yoshimoto Kogyo and Rovio Mobile. Last month, Levin’s Nerdist announced a joint partnership with Lucasfilm, Machinima and Octagon for Course of the Force, a 120-mile relay run where a chain of joggers will carry a lightsaber like an Olympic torch to their final destination San Diego Comic-Con International 2012.

Founded in 2007, the New York-based startup faces competition from Graphicly, iVerse, and PanelFly.