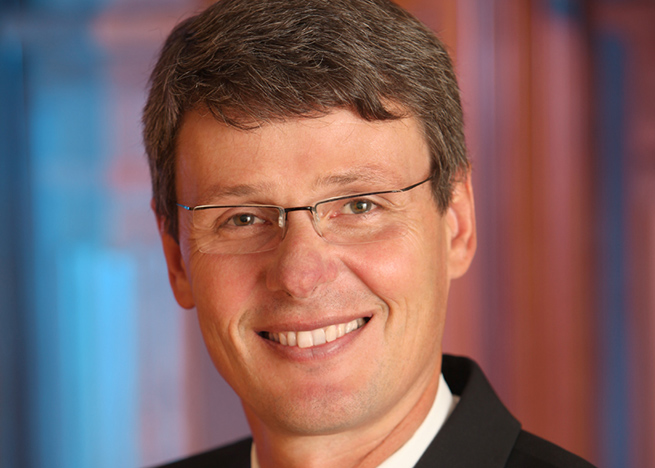 On his first-ever earnings conference call, newly christened Research in Motion CEO Thorsten Heins seemed to come to terms with the bad hand he’s been dealt and admitted that the company was in need of “substantial change.”

“I’ve been the CEO of RIM for just over 10 weeks now,” Heins said on the call. “It is now clear to me that substantial change is what RIM needs.”

In another surprising move, the company said it would not provide quantitative guidance, at least for the next few quarters. Heins said the next quarters will be “challenging,” so the company clearly is setting itself up to avoid falling short of expectations.

Heins said there were several major priorities for the company at this time. First, the company needed to “refocus on enterprise,” and to better play in the bring-your-own-device (BYOD) segment. Heins admitted that the company was late to the BYOD movement. RIM, he said, has an edge in security and manageability (through BlackBerry Enterprise Server) of devices, and now hopes to exploit that advantage.

Second, the company will focus on making the BlackBerry 10 OS a real player in the market. BB10 will launch later this year, and Heins said he was “surprised by the beauty of the UI.” Until BB10 drops, the company will push hard to make BlackBerry 7 devices the first smartphone that feature phone owners buy.

Third, he said the company would need to focus on making itself more efficient and find a way to create new partnerships and licensing deals. On the efficiency front, the company will look hard at its production process and supply chain and re-evaluate its deals.

Finally, the company will re-align its staff. Heins noted that the company had a level of complexity that was not conducive to its business. With that, he acknowledged that executives Basillie, Yach, and Rowan would be leaving the company. He wished them well and said he was still searching for a new COO.

While Heins may not have committed to radical change, he is at least moving toward a more prudent and realistic course. Forcing out executives through retirement or resignation shows that those people are finally being held accountable for failing the company, which has seen its stock lose 75 percent of its value in a year’s time. With Heins in control, we should expect RIM to be a veritable roller-coaster ride for rest of the year.