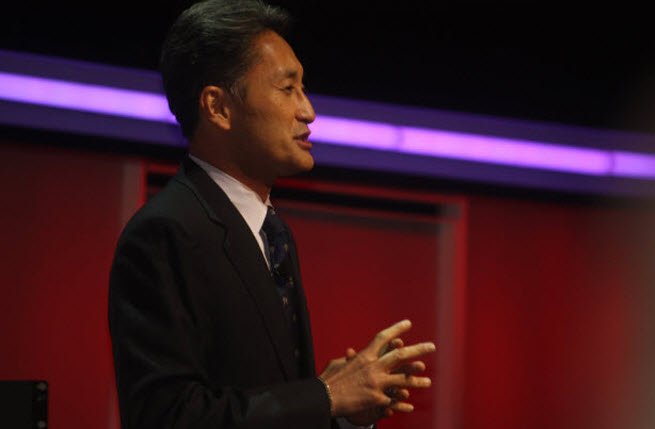 Sony’s next PlayStation is code-named Orbis and it will use chips from Advanced Micro Devices, according to video game publication Kotaku.

Sony isn’t expected to begin talking about it for months, and Kaz Hirai, the new chief executive of Sony starting April 1, said in January that the company will not talk about a PlayStation 4 at the next E3 trade show in June. If and when it launches, Orbis will be Sony’s attempt to regain supremacy in the video game business.

But Kotaku, citing a reliable source, said that the Japanese company will launch the machine in time for the holidays in 2013. Microsoft is expected to launch a new machine in 2013, while Nintendo plans to launch its Wii U this year. Sony declined to comment to Kotaku.

The upcoming console reportedly uses an AMD “x64” CPU, Kotaku said. That would be x86, according to common chip language. An AMD Southern Islands graphics processing unit, or GPU, will also be in the machine. That’s consistent with rumors reported by SemiAccurate, a chip blog. AMD is prepping the Southern Islands graphics chips for high-end PCs this year. The resolution will reportedly be 4096 x 2160, far ahead of today’s high-definition TVs. It will be able to do stereoscopic 3D in full HD. Some developers are reportedly getting early developer kits already.

The PS 4 will likely not run PS 3 games, and used games will likely be unable to run on the Orbis. The games for the device will reportedly be authenticated via a PlayStation Network (Sony Entertainment Network) account.