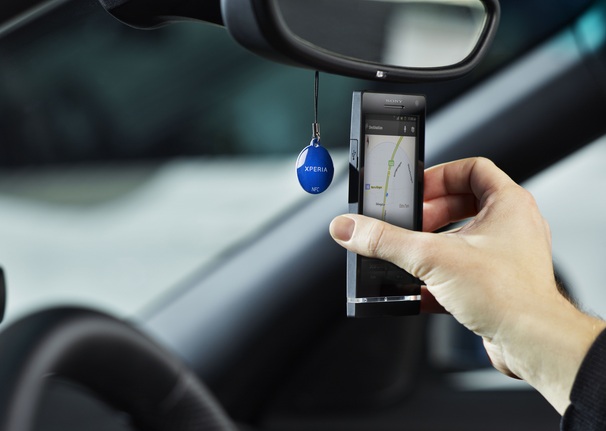 The mobile experience is in a renaissance period, from phones to tablets to autos and more. We’re seeing multi-core processors come to mobile devices to enable new applications like intense gaming and HD video playback, and we’re seeing advanced user interfaces, such as gesture and eye tracking, that could greatly improve the mobile experience. Then there’s Near Field Communications (NFC). Many predict NFC will bring one of the most significant improvements to the mobile experience of all.

Imagine optimizing your in-car controls by taping your smartphone to the dash of your car: GPS and Bluetooth capabilities engage, Google navigator launches, and the mirrors, seat controls, and steering wheel adjust to fit your body perfectly.

Throughout the day, a single touch of your mobile device lets you purchase your morning latte, enter the secured parking area, and unlock your office door. Once at your workstation, one touch aligns your computer environment for maximum productivity.

When you’re ready to turn in for the night, you touch a discreet tag next to your pillow to automatically set your home alarm, mute your phone, and turn off Wi-Fi to save battery life, plus set the radio to wake you at 7 a.m. the next morning.

This level of ease and control is a reality: These one-touch technologies are all in the pilot stages or already available on the market. Within a few years, NFC has evolved from a promising concept to a fully realized technology.

NFC allows electronic devices to securely communicate across short distances. These communications can take the form of commands, data exchange, authentication protocols, and even financial transactions. Today, NFC capabilities are cropping up in everything from mobile devices to tiny Xperia Smart Tags (from Sony) that you can place anywhere in the physical environment to trigger a customized series of wireless commands.

For consumers, NFC offers a new level of convenience and ease when conducting a wide range of day-to-day activities.

NFC systems reach vertical markets
But NFC does more than enhance consumer technology. Its capabilities are now rolling out across a wide range of industries, including security, commerce, retail, automotive, transportation, and logistics.

For example, NFC is currently being piloted as a way to control an organization’s security access, with an NFC chip embedded in each employee’s smartphone providing a specific level of access to a facility. This type of wireless security could allow a company to see significant savings over the installation and maintenance of a hard-wired system.

In the retail industry, Google’s recent announcement that its replacing its Google Checkout offering with NFC-enabled Google Wallet has many retailers looking more closely at this technology. As well as offering a fast, secure transaction process, NFC systems offer retailers powerful marketing capabilities. Eventually, NFC technology could enable retailers to anticipate shoppers’ needs as they enter the store and to push after-purchase support and promotional opportunities to buyers.

The transit industry is also showing increasing interest in contactless payment following the successful rollout of London’s Oyster program, where travelers use a plastic smartcard on the Tube, National Rail, tram, and bus instead of paper tickets. The original Oyster system was based on RFID, but it’s now being upgraded to support NFC devices. Most recently, Scandinavian Airlines and Japan Airlines began using NFC technology to enable “smart” boarding passes that function as a mobile payment system, wayfinder, and booking system for hotels and transportation.

Massive NFC boost set for 2012
NFC will benefit from global exposure during the London 2012 Olympics. Two of the event’s official sponsors, Visa and Lloyds TSB, will be offering a special NFC-enabled “Olympics phone” that will allow attendees to make one-tap payments throughout the site. Technology experts will be watching closely to gauge the success of the world’s first “touchless Olympics.”

In addition to this high-profile boost, big brands such as Barclaycard and McDonald’s are launching awareness campaigns in 2012 to educate consumers about the benefits of the technology.

And in addition to the impact of Google Wallet on the consumer population, AT&T, T-Mobile, and Verizon will be launching Isis, an NFC-based virtual wallet and payment system, later in 2012.

Exponential growth predicted
A lack of NFC-enabled handsets on the market has held NFC adoption back in recent years, but analysts say this trend is about to reverse.

Deloitte predicts the number of devices with embedded NFC will reach 200 million by the end of 2012 and that by 2013, 300 million NFC smartphones, tablets, and e-readers will be in consumers’ hands. Gartner estimates that by 2015 a full 50 percent of smartphones will be NFC-enabled and NFC semiconductor revenue will reach more than $1 billion.

Enhancing your vertical offerings with NFC
If your organization is beginning to explore NFC’s potential for the products and services you deliver to consumer or B2B markets, it’s important to understand the possibilities and limitations of the technology.

Here’s a set of best practices to keep in mind:

Andrew Till is SVP and head of smartphone and consumer electronics for Symphony Teleca.