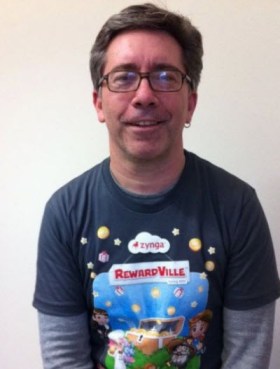 Zynga has confirmed that one of its key technologists, Neil Roseman, has resigned from the company. Roseman served most recently as vice president of engineering on Project Z, which was announced earlier this month as Zynga.com.

The Zynga.com platform is strategic for the San Francisco company’s effort to diversify beyond Facebook. Roseman left the company about three weeks ago, after the platform launched. He told AllThingsD that he had been spending three to four days a week in San Francisco and left the company because he wanted to spend more time with his family in Seattle.

Before joining Zynga, Roseman was chief executive of Evir, a semantic web startup funded by Paul Allen. He was also one of Amazon.com’s first engineers. Veevaert was previously president of Jerry Bruckheimer Games and also worked for Microsoft’s game business for about eight years. He helped steer Epic Games and Gears of War to Microsoft and was the executive producer of Halo 3.