As the buzz around the new iPad launch continues, both traditional and online publishers are “caught between the gravitational pull of the legacy tradition and the need to chart a faster digital course.” That was a key finding in a recent Pew Research Center study on the state of the publishing industry.

That “pull” was highlighted by Paul Rossi, the Managing Director and Executive Vice President of the Americas for The Economist at a recent digital publishing conference. Asked by the moderator, “What keeps you up at night?” he answered, “What worries me is the flurry of excitement over an iPad giveaway and there are a pile of The Economist magazines outside on the table.”

But in the recent Pew Research Center study, the outlook of publishers is troubling. Executives were hesitant to risk change due to “cultural inertia,” which makes adapting quickly to new technology advancements difficult. “Some of those we talked to seem frustrated and even uncertain about how to proceed,” said Tom Rosenstiel, Director of the project. “But we also found signs that, if you can break out of old cultural patterns, there is another way.” The question is, are publishers ready to explore the new territory of tablets?

The tablet is here to stay: it’s time to adapt

For publishers, the tablet is a game changer. It’s a mobile device that has a form-factor big enough to deliver truly engaging experiences that can be monetized in new ways. IDC projects that there will be over 106 million tablets shipped in 2012, up from its previous forecast of nearly 88 million. In a recent report from Rhythm New Media, full-page display ads on tablets have a 21 percent engagement rate compared to a 9.4 percent engagement rate on the same ad unit on smartphones. Clearly, these are promising signals that the tablet, after many false starts over the years, is finally ready for prime time.

While publishers are waking up to the opportunity, they are slow to capitalize on this burgeoning new channel, in great part because of two reasons. First, they are daunted by the complexity of delivering their content to tablets that requires a completely different content curation and engagement strategy than for the Web or smartphones. And second, publishers are concerned that mobile advertising on the tablet might negatively impact CPMs.

Today marks an important inflection point. If publishers fail to move quickly enough, or create flat experiences that fail to take advantage of the inherently interactive nature of mobile devices, then they are putting their businesses at risk.

It’s seductive to think that publishing on a tablet is easy. Hypothetically, all content publishers would need to do is extend their existing publications and deliver them onto a tablet as they appear in print. And, online publishers might be tempted to create heavy apps that dynamically query and deliver content from their existing content management system. Both approaches fall short.

What publishers need to deliver is, in the words of Paul Rossi, “print plus” — a tablet experience that combine the dynamic and interactive capabilities of the web with a print-like elegance and sophistication. At this point, there are several tablet apps that demonstrate the power of “print plus” such as The Economist, Zappos Magazine, The New York Times, PopSugar, Wired, and Tweek from IndiaTimes.

The payoff: Greater engagement and monetization

Consumers are often spending more time reading publications on their tablets (or searching for apps that are not created yet) than with the print edition, which bodes well for incremental advertising sales. While more digital advertising networks are offering mobile extensions, publishers still think about the web-based model of traditional banner ads that don’t take advantage of a tablets’ valuable real estate and uniquely “lean back” experience.

For example, The W Magazine, a property of Conde Nast, has evolved their engagement and advertising strategy, as evidenced in their recently launched tablet app–The Daily W. Each month, they work with an exclusive sponsor, such as Calvin Klein or Michael Kors, to deliver a beautifully branded rich-media experience persistently available throughout the app. And, it doesn’t feel like an ad–but an exclusive video. By moving beyond traditional banner ads, publishers can create immersive and engaging experiences that are well monetized.

Publishers can thrive in the next era of tablets

The savvy content publishers are smart to understand that tablets are not a threat, but an amazing opportunity to extend the their business and engage more deeply with readers while creating new monetization models. Now is the time for the industry to make an evolutionary leap forward. 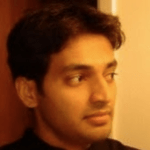 PJ Gurumohan is CEO and co-founder of GENWI, which focuses on cloud publishing for mobile. He manages the overall strategy and operations, with an emphasis on growing the brand and business. He has held various engineering and market analyst positions at IBM, Arizona Tech. Enterprise, and US Airways.