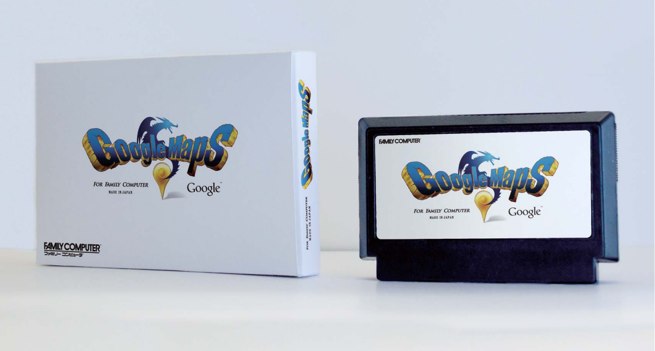 Legendary prankster Google is out with some early April Fools’ tomfoolery ahead of schedule, teasing nostalgic gamers with an 8-bit version of its near-ubiquitous Maps application.

“In our pursuit of new digital frontiers, we realized that we may have left behind a large number of users who couldn’t access Google Maps on their classic hardware,” Google said in a blog post on the phony product for NES.

Maps 8-bit for NES (and soon Game Boy!) is the dream cartridge for the sentimental gamer who still totes around her classic Nintendo Entertainment System. The application features low-res graphics, an 8-bit-themed soundtrack, and even monsters.

“With Google Maps 8-bit, you can do all the things you already do on regular Google Maps. Search for famous landmarks and sites around the world. Take an epic journey with 8-bit Street View. Get detailed directions to avoid dangerous paths, and battle your way through a world of powerful monsters and mystic treasures,” Google said.

The accompanying how-to video, embedded below, is a must-watch and includes appropriate instructions for operation — think blowing on the cartridge to fix bugs.

The Maps gag is no Google TiSP, but it’s quite clever and likely just one of many new “products” launching this April.