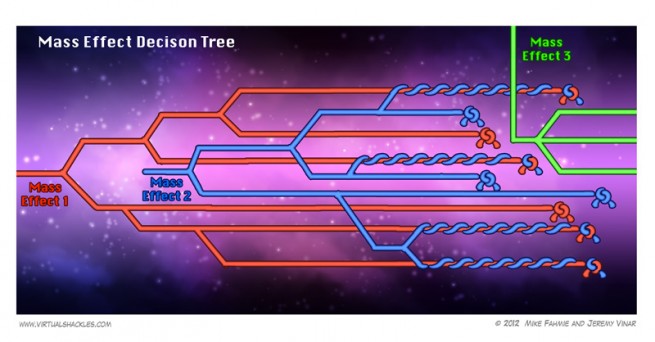 Video game endings tend to feel a lot like an afterthought. Whereas a bad movie only ever consumes two hours of your life, games can have you playing upwards of 100+ hours before reaching the finale, and quite often that payoff is woefully underwhelming. Two big-names examples in just the past few weeks include Resident Evil: Operation Raccoon City, where the conclusion was given about as much attention as bug-testing in a Bethesda game, and Asura’s Wrath, which has a “true” ending that acts as nothing more than a gateway for “closure DLC.”

And of course, Mass Effect 3’s troubled ending has had myriad repercussions for the entire industry. With that in mind, the GamesBeat review team pooled together some of our all-time favorite climaxes in the hopes of showing modern developers how to end a game the right way.

Before Aerith’s death in Final Fantasy VII, there was Baby in Super Metroid. Before self-destruct sequences became a staple of the Resident Evil series, Metroid did it first. This game’s ending has it all: suspense, nostalgia, loss, redemption, and an edge-of-your-seat escape as an entire world explodes around you. You can even subtly alter the ending by entering a secret area and helping the friendly Zebes creatures escape. Then, depending on how well you performed throughout the game, you may receive the prize you’ve been waiting nearly a decade for: a 16-bit version of Samus Aran sans her armor. It was all worth it!

The BioWare version: Instead of rushing to your defense, the Metroid larva is shown aboard the Normandy outrunning a solar-system-sized explosion, leaving you to fend for yourself during the final battle.

Silent Hill 2 remains to be one of gaming’s most thought-provoking and unsettling experiences. If David Lynch created a survival horror game, this would be it. Even after several sequels, Konami themselves have failed to capture the essence of what made Silent Hill 2 so affecting (and they have they tried so very, very hard). There are six different endings, with the first four being no more or less perplexing than the game itself. Somehow these are outdone by the other two endings, which involve aliens or discovering a dog has been the mastermind behind all of your internal struggles. Perhaps his owner is the Architect from The Matrix Reloaded?

The BioWare version: The Dog ending is the only ending available. The door on the left reveals a shih tzu, the one down the middle reveals a pug, and the one on the right reveals a corgi.

The original Darksiders wasn’t exactly a perfect game. War, the most badass of the Four Horsemen of the Apocalypse, spends most of his time overcoming contrived puzzles that would make Nathan Drake scoff. However, after the final boss battle, War openly challenges both Heaven and Hell. The archangel Uriel asks, “You would wage this war alone?” “No. Not alone,” War grumbles, just as three meteors plummet from the sky heralding the arrival of the three other Horsemen. It’s the moment players have been anticipating for the entire game, and its execution is handled perfectly.

The feature continues on the next page.