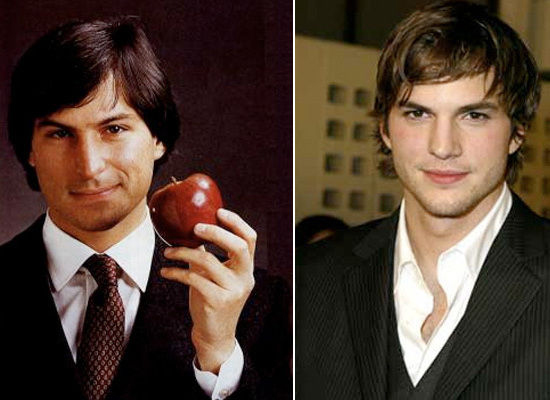 Take a moment to digest this news: Ashton Kutcher, he of That ’70s Show, Dude Where’s My Car?, and now Two and a Half Men fame, is reportedly attached to play the late Apple co-founder Steve Jobs in an upcoming biopic.

The indie film will simply be titled “Jobs,” according to Variety’s Jeff Sneider, who stresses that the news isn’t an April Fool’s joke. Shortly after Sneider’s scoop, rival pub The Hollywood Reporter posted a similar report, seemingly from its own sources (or at least, without attribution to Variety).

Kutcher has increasingly made his presence known in the tech world via a variety of investments, in particular his wise move to invest early in Airbnb. But despite the obvious resemblance to Jobs, he seems like an odd choice for the role given his relatively weak dramatic chops. (Then again, he’s going against Noah Wyle’s unhinged Jobs performance in The Pirates of Silicon Valley, which had its own issues.)

The film will be directed by Swing Vote helmer Joshua Michael Stern based on a script by Matt Whitely. According to Sneider, the film will “chronicle Steve Jobs from wayward hippie to co-founder of Apple.” Sneider later tweeted that he’s been hearing the film will follow Jobs’ story up until his return to Apple in the ’90s, but won’t focus on his later years. Production is scheduled to begin in May.

Sony is preparing its own Jobs biopic based on Walter Isaacson’s best-selling biography (that one definitely won’t be an indie flick).

Via /Film; Pics via Idolr, SoyaCincau 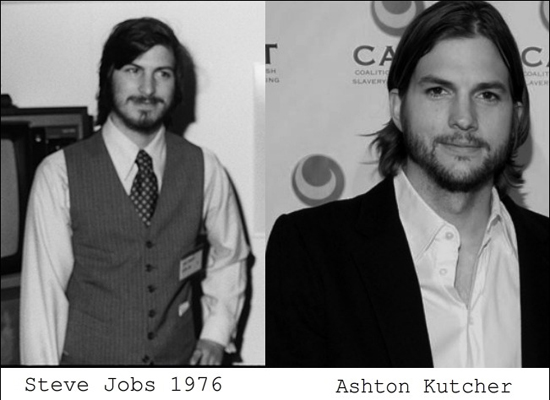