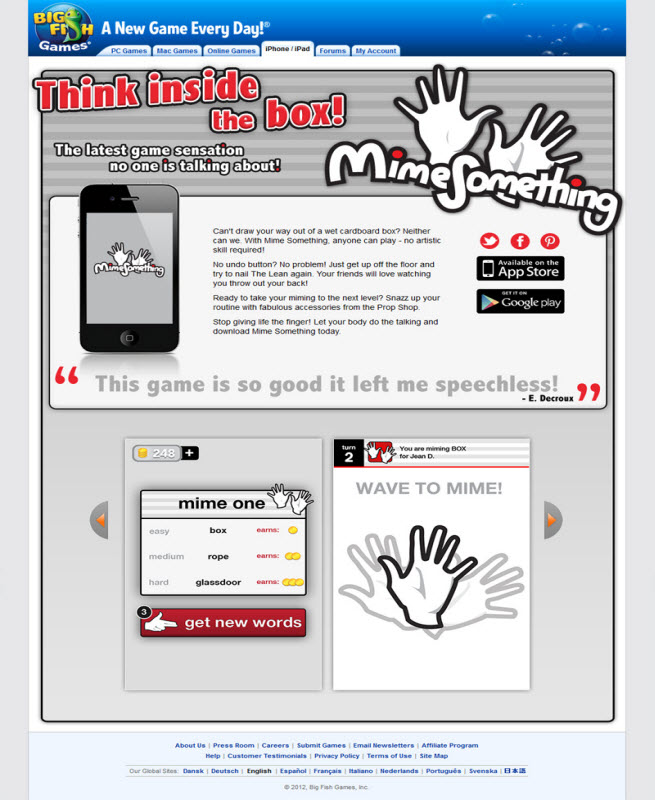 Big Fish Games is beating Zynga to the punch with a copycat title dubbed Mime Something. The game is debuting on April Fool’s Day, even before Zynga could make a copycat of Draw Something, the ridiculously addictive Pictionary rip-off that Zynga acquired with the purchase of OMGPOP for $180 million.

Jerry Lee Lewis, chief executive of Seattle-based Big Fish Games, was grinning from ear to ear at the feat. In Mime Something, you wave your hands in front of the camera of your iPhone or iPad, which captures your movements and shares them with a friend who has to guess what you are trying to mime. If you guess wrong, your device gives you a tiny electric shock. Contacted via Facebook, Zynga chief executive Mark Pancakes said, “I’m gonna sue.”