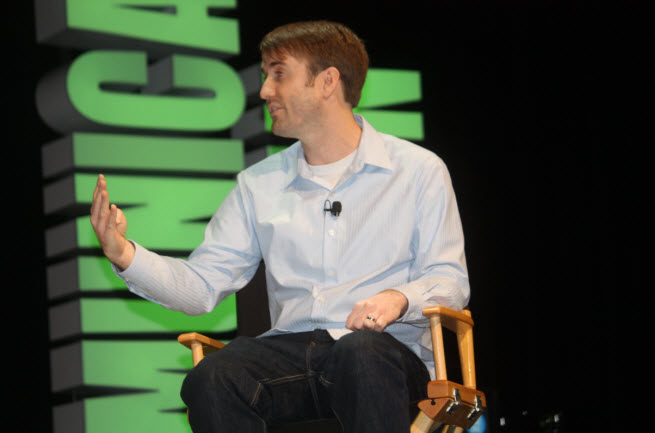 Addmired Chief Executive Gabriel Leydon is a true believer in the mobile space. With more than a billion users of his games, Leydon sees big opportunity. Addmired, now known as Machine Zone, has created a number of hardcore, massively multiplayer online games, such as Original Gangstaz, iMob 2 and Global War. These are free-to-play titles that generate revenue via virtual goods, and all three of those are among the 50 top-grossing iPhone apps.

Palo Alto, Calif.-based Machine Zone announced that it had raised $8 million in a second round of funding from Menlo Ventures. Shervin Pishevar, former chief executive of SGN and partner at Menlo Ventures, is joining Machine Zone’s board. Pishevar himself said in an interview that very few mobile game companies have the chops to take the business to the next level in competition with huge companies such as Zynga and Electronic Arts, but he believes Ledydon can do so.

The company has gone through some big pivots. Addmired debuted as a Y Combinator startup in 2008 with a Hot-or-Not-style social network dating app. But it pivoted to become one of the first free-to-play mobile game companies and now has rebranded itself as a serious developer with 40 million downloads. We caught up with Leydon, who will be one of the chairpersons for the user acquisition topic of our VentureBeat Mobile Summit, for an interview. Here is an edited transcript of our conversation. 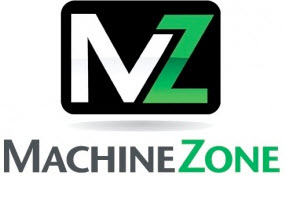 GamesBeat: It is very interesting to get Shervin Pishevar on your board as he was around at the dawn of the smartphone game business.

Gabriel Leydon: Absolutely. He was right there with us at the beginning of the iPhone. He’s the only VC in mobile gaming with more experience than us.

GamesBeat: How far did that connection go back for you?

Leydon: A long time. When we made iMob, he was busy making Mafia: Respect and Retaliation, which came out about two or three months after iMob. So we’ve been talking with each other since way back then. But we didn’t really connect until last summer.

GamesBeat: The name change, why did you do that?

Leydon: When we launched, we were a dating app. We did this big, huge dating app (AddHer) on Myspace. And nobody was ever happy with the name, because it was not about what we became. By the time we hired everybody who works here now, they all wondered, “What does that name mean? Why are we called Addmired when we’re making Original Gangstaz?” You know? We’re making all these adult-themed crime games and war simulators. We just kept it because we never did any press. We’re doing press now, so we thought, “Okay, since we’re finally coming out of develop mode, it’s our last chance to change the name to what we always wanted.” So we just did it.

Leydon: We are 66 people currently. 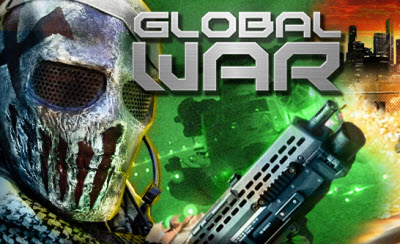 GamesBeat: And how many downloads?

GamesBeat: So you’ve been copied for a long time, then.

Leydon: Absolutely. We’ve been setting trends in the App Store for a really long time. Even the idea of incentivized downloads, how that works, came from iMob. We’ve been quietly innovating in the space. With the friend codes, we were the first to do invite by location. We did that three years ago. If you were near somebody else, via GPS, you could invite people to your mob. So we’ve been doing a lot of stuff for a long time. We just haven’t been taking credit for it. We were very small. And we decided last summer that it was time to go all the way.

GamesBeat: We’ve been tracking user acquisitions costs, and it looks like they dipped back down again in January.

Leydon: Well, I actually disagree. It just went back up [Editor’s note: Leydon is correct for February]. It’s higher than it’s ever been, period. What’s funny is — the question is, what happens when it goes too high? Well, that already happened like three weeks ago. It’s happening right now. It’s not a question of when it’s going to happen; it’s already happening.

Leydon: Yeah. It’s already happened. All the stuff everybody’s talking about — when is this going to happen? It already did. As soon as Gree and Zynga started competing with each other, that’s the moment it happened. Basically, right when Gree launched Zombie Jombie, everything changed. Because Gree has a tremendous amount of money, and they’re basically buying out everything right now. They’re bidding up everybody. That scenario, the shakeout you guys were talking about — you are watching it in real time.