This month’s Game Informer cover (scanned in and sent to GamesBeat by a reader) is for Nintendo and Hasbro’s oft-rumored crossover spectacular, Super Smash Bronies. It may seem a little odd at first, but Nintendo of Africa vice president Larry Herb explains the process that led to the new game in a recent tweet: “Once a month the Nintendo crew has a conference where we read through 4Chan to get a feel for what our fans are up to. What kind of things are they interested in? How old are they? Where do they live? Do their apartment complexes have security at night? That’s how we discovered the exciting world of bronies.” 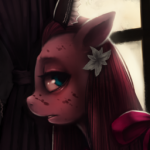 Herb goes on to tweet that, after releasing the same versions of Mario Party and Pokemon every year with a slightly different coat of paint and a new number or color attached to the name, Nintendo wanted to keep doing that. But when the Wall Street Journal discovered and reported on the bronies, the legendary game maker knew it had to take a risk. “We really wanted to show how passionate and inspiring these people were,” said Herb, “so we thought, what would be better than pitting bronies against each other in a battle to the death?”

Details are still scarce on actual gameplay, but it sounds like it will be a cross between My Little Pony: Friendship is Magic, Tecmo Bowl, and Super Smash Bros., where players control a brony (a human male character who has an unadulterated fondness for mystical ponies) that can summon up to three different equestrian brawlers. So far Twilight Sparkle, Rainbow Dash, and Pinkie Pie have been confirmed as arena combatants. Actress Tara Strong, known for her voice-over work as Rikku from Final Fantasy X and Harley Quinn from the Batman: Arkham titles, is said to be reprising her role as Twilight Sparkle for the game, while Nolan North of Uncharted fame will voice the various bronies. 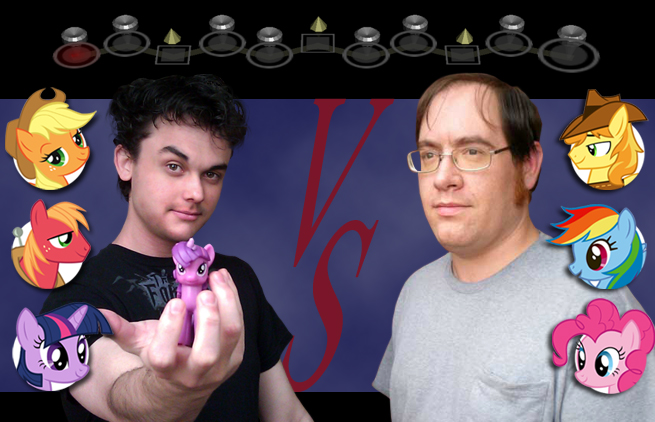 Nintendo is apparently taking Super Smash Bronies’ story very seriously, providing an exhaustive campaign mode beyond anything the studio has ever done before. The team is drawing from real brony events such as Operation: Indiscriminate Friendship and Random Lunch Excursion! for the basis of events in the game. “Based on which characters you choose, how you play, what decisions you make…there are literally a thousand different variables,” said Hudson. “So at the end of the game, we take all of those variables and put them into an algorithm that breaks them down into three choices. It doesn’t matter what character you choose, how you play, or what decisions you make; everyone gets the same three choices.”

IGN’s Greg Miller has already played the game 2.5 times, tweeting that he has “lots of favorite parts.” Additionally, as a special pre-order bonus for fans, Miller will be featured in-game as a romanceable brony.

Super Smash Bronies is slated for release on the Nintendo 3DS and the upcoming Wii U system in fiscal Q5, 2013. GamesBeat will keep you updated as more information is revealed.