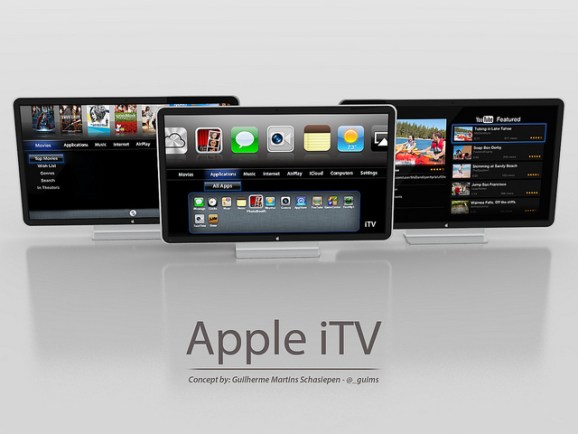 The fabled Apple television set that’s been rumored for years will probably be a premium piece of hardware, but not much more, according to Barclays media analyst Anthony DiClement.

In a recent note, DiClement said a Apple-branded TV set could look like a “large-scale iPad” with internet connectivity and the ability to sync with the company’s iOS platform. What it won’t have, however, is a radically different selection of content subscription options.

Most of this comes down to the large affiliate fees that cable TV providers pay to individual channels. Each channel within a bundled TV subscription from the cable company can cost anywhere from $1 to $15. It’s good money for some of the lesser cable channels because customers cannot choose their channel lineup à la carte. AllThingsD estimates that those distribution deals are worth up to $30 billion per year or $30 per customer per month. Apple is unlikely to guarantee that its new Apple television set service will bring in as much money, thus making it difficult for Apple to reach distribution deals.

So if we do see an Apple TV set, it’s likely to offer the same programing you’re already seeing from the likes of Comcast, AT&T Uverse, Time Warner Cable, and others.

DiClemente also indicated that the TV set won’t hit retail shelves in 2012, will likely use Siri technology for remote control functionality, start at a base price of $1,500, and generally break into the “more than TV” category with apps, gaming, and iOS device integration.

At $1,500, I’m not sure I’d be willing to buy an Apple TV set when my current TV is still functioning perfectly, along with my Apple TV set-top box. Of course, if the screen size was larger than the 32- to 37-inch range that has previously been rumored, I might change my mind.