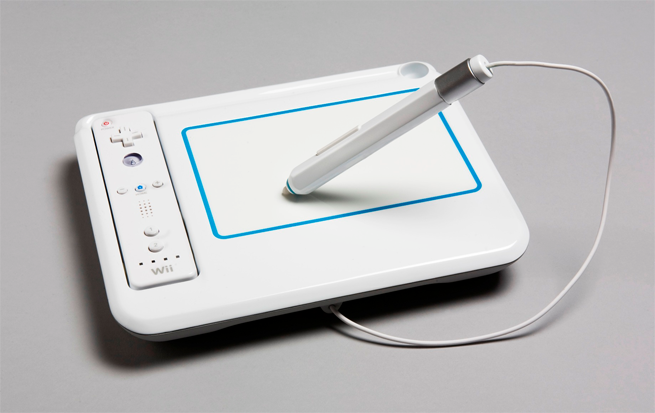 The core-gaming market has a problem: A single mistake is costlier than ever. Meanwhile, the mobile/online/social-game market provides an alternative model that cuts down on that risk. From a purely economic perspective, why do developers keep making console games?

Fleet Fighter, Dinglepop, Aim For The Nuts — most consumers have likely never heard of these online games. UDraw Studio, Thor: God of Thunder, and MAG, on the other hand, are titles that a wider audience is familiar with. Despite their varying public profiles, all of these games have one thing in common: They failed to find a substantial audience. The difference is that Zynga just paid $180 million-plus for the developer of the three obscure titles (OMGPOP) while the creators of the big-name console releases (THQ, Sega, and Zipper Interactive) suffered layoffs, cancellations, and a studio closure, respectively. If you watched the news in the last week, it would be easy to conclude that hardcore console game publishers are collapsing.

OMGPOP, THQ, Sega, and Zipper Interactive have produced flops, but they’ve all had successes as well. In fact, all of them except for the Draw Something developer (OMGPOP) have had multiple hits. Something about the mobile market is allowing content creators to make multiple attempts without the fear of financial collapse. Traditional games, by comparison, are a very risky proposition.

What happens when you forget to look backward and fail to look forward?

“The issue with the games business is that it’s high-risk/high-reward,” said David Cole, analyst at DFC Intelligence, in speaking with GamesBeat. “In terms of raw money to be made, it’s still the big budget products that make the most. An iOS hit cannot come anywhere near the size of the big budget hits for console or PC.”

In 2010, THQ released a surprise hit casual art game for the Wii called uDraw Studio. UDraw came bundled with a tablet peripheral that allowed users to create paintings and sketches on their television. By March 2011, THQ had sold over 1 million of the devices to customers.

Next, THQ decided to take a high-risk/high-reward gamble. The publisher made a version of the uDraw game and tablet for Xbox 360 and PlayStation 3. It didn’t work out.

Last month, during an investor call, THQ Chief Financial Officer Paul Pucino admitted that the company had 1.4 million unsold uDraw tablets sitting in inventory. The crudely drawn bubble burst, and Pucino explained that revenues were a breath-takening $100 million less than expected for the art title.

Now, excuse me while I go take my turn in Draw Something, a similar title to uDraw, but born on a different, fast-growing platform. THQ latched on to a sinking platform, the Wii, while Draw Something took off on iOS and Android.

It’s unfair for me to sit here with the benefit of hindsight and suggest that Pucino and THQ who hold rights to Pictionary and a successful drawing game could have beat Draw Something to the punch. That’s almost not the point. The issue is that the uDraw failure cost the company $100 million and has crippled the company. Even if the company had a failed uDraw or Pictionary app on iOS, the damage would have hardly been a fraction of that.

So why didn’t THQ take its uDraw brand and its Pictionary license to the mobile space?

“Success [on iOS] is all about companies that aggregate hundreds or thousand of games. So for an individual developer, the biggest bucks will still be in traditional development unless you happen to be really lucky,” said Cole.

Because who knows that Draw Something is going to create $1 million in revenue every four days before it actually does? Until the industry witnesses that kind of success, it doesn’t exist as far as the executives making decisions are concerned. The traditional publishers believe (or at least they did believe) that a $100 million gamble is worth it for the type of returns that the traditional consoles can produce.

Despite the fact that we’re in a world with Angry Birds and Draw Something, the real money for an individual game development company or game publisher is going to continue to be in making a a game that succeeds on the traditional platforms.

Of course that’s the problem: not every game succeeds. I’d never heard of Ballracer, which is one of OMGPOP’s handful of other titles. It is probably a fine ball-racing game, but for the sake of argument — and no evidence exists to suggest this is the case — let’s assume that Ballracer is the worst failure the development team has ever had. Even if the game didn’t make a dime back of its budget, its failure wouldn’t wound OMGPOP’s finances.

The business model for mobile games is a lot less risk for what is typically a lot less reward. It makes for a more stable job market, and that one-in-a-thousand chance to blow up and go mainstream is always just out of reach to keep everyone motivated. OMGPOP’s single hit game more than made up for 34 previous so-so titles that just kept the team afloat. 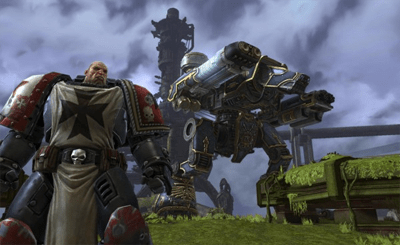 Downsizing is never good. As illustrated above, it is usually the byproduct of myopic leadership. It can, however, be used as an opportunity to right a company’s trajectory. For example, mixed in with the news that many people were losing their jobs at THQ was an announcement that Warhammer 40,000: Dark Millennium is shifting from a massively multiplayer-online game to a single-player title with some online features.

That’s a good thing. No one was clamoring for another MMO. Better for the developer to cut it’s losses now than to try to support a game that won’t stand a chance against World of Warcraft and Star Wars: The Old Republic. Clearly the studio was forced to make this alteration based on a financial situation that is out of its control (THQ is down to its last $50 million), but that has forced them to be creative with a smaller budget — it’s forcing the company into the smart move by default.

THQ knows how make a hit. If it can just stay on the Darksiders/Saints Row: The Third/UFC: Undsiputed 3 side of Metacritic, then it has a shot to rake in some cash. It has to avoid making mistakes that cancel out any good the hits produce.

It’s like that Clint Eastwood commercial that aired during the Super Bowl. The one where he’s giving a pep talk to American industry and encouraging Detroit automakers to get back on their feet after years of hemorrhaging money and jobs.

Only…it’s nothing like that. Ford, GM, and Chrysler were on a real decline. Detroit was facing a crisis because its entire consumer base found an alternative that served all of their needs. Social and mobile games are finding an audience, but no one is wholly replacing their cinematic Xbox 360 titles with CityVille.

It doesn’t help that publishers are uncertain about the future. The next round of consoles should have started by now. This extended cycle has caused a transitional lull that has every publisher in an awkward holding pattern as they await new hardware.

Sony, Microsoft, and Nintendo are all taking an extra beat because they don’t really know what gaming is going to look like in two years. It’s a war of attrition, and the winner is very likely going to be the manufacturer who makes the fewest number of mistakes. As a result, it seems like the industry is suffering perhaps more than it actually is. The NPD group tracking numbers show that February sales are down significantly from the same time frame in 2011. That alone wouldn’t be much of an issue, but third-parties like Sega are probably assuming that this is a trend that’ll continue until the PlayStation 4 and Xbox 720 hit store shelves. With the news that Microsoft will definitely not reveal a new console at this summer’s E3, Sega and THQ are likely attempting to conserve their last bit of money until the next generation can drum up consumer excitement.

The rich keep getting richer

The real problem is gaming’s complete lack of a middle class. It drops from high-risk/high-reward to low-risk/low-reward with nothing in between. If a middle-risk game does exist, it’s like Sega’s Sonic the Hedgehog series. It’ll always sell to a large enough group of dedicated fans, but nostalgia isn’t a business model others can follow.

This is one issue that the big three are going to need to address in the next round of consoles. Pricing for retail titles is archaic. The $60 model represents a large risk for the customer, and if they get burned on a bad buy, they may just end up sticking to their free-to-play Angry Bird games. Freemium needs to come to consoles, and it likely will.

Brian Fargo, chief executive of InXile Entertainment, pointed to the lack of a middle tier in games that made it hard to raise money to build Wasteland 2. Like Double Fine Productions, Fargo had to turn to Kickstarter to raise the money for Wasteland 2. It’s a good thing he could raise that money, but it’s sad that no one would fund it otherwise.

We’re in a very strange stage for gaming. Everyone on the production side knows that the way the entire industry works is going to be turned on its head in the next generation. The winner could possibly define the way games are delivered to customers for the next 10 years and beyond. With so much on the line, however, the industry has hit a lull that is exacerbating poor decisions and mistakes.

Sega can’t find its voice. Zipper Interactive releases a SOCOM game just before PlayStation Network experiences a blackout for weeks. THQ blows it on uDraw. These are errors that a strong home-console market can withstand, but not the uncertain one we find ourselves in now.

Those three companies must be looking at OMGPOP and Zynga with envy right now. Draw Something is a phenomenon. What THQ and Sega should be looking at is the stability of the social game market. These are companies with a handful of properties that they can leverage to build up a steady stream of revenue. They’ll probably never match Zynga, but it’s not a race. A freemium Warhammer 40K strategy game that echoes Hero Academy (a hit iOS game) would probably be a good start, and maybe an iPad version of Seaman from Sega. The idea should be to limit the amount of damage a single bad choice can do, and it’s clear that including mobile, social, and online games is probably one of the best ways to protect against that. And who knows, maybe the next Draw Something will come from THQ.