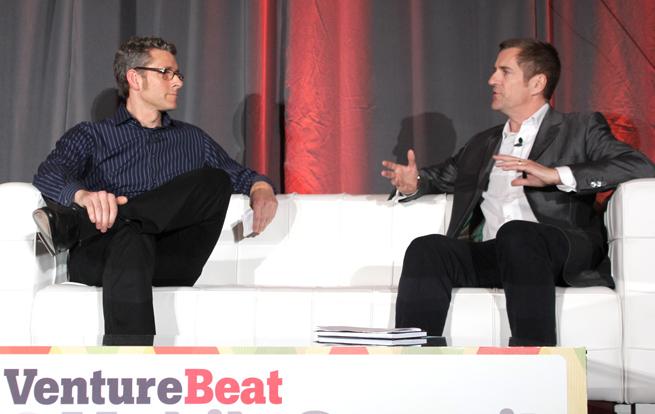 Get used to the term “chief design officer,” because they’ll soon be even more important to companies than chief marketing officers, according to Marc Curtis, chief customer officer of design firm Fjord.

Speaking at VentureBeat’s Mobile Summit event, Curtis said design is now experiencing a similar revolution to marketing decades ago. The chief marketing officer, or CMO, rose to power because consumers began to eat up marketing as much as actual content.

“We’re beginning to see the very best products marketing themselves through design,” Curtis said. Indeed, we need only look at Apple’s huge jump in value, mostly due to the company’s design focus under late CEO Steve Jobs.

He recounted one experience during a fire drill where he noticed all the Mac users grabbed their laptops, whereas he didn’t see any Windows PC user do the same. “Apple users aren’t prepared to see their devices burn,” he said.

Curtis pointed out how Microsoft and Nokia’s partnership, which unified their individual focus on great software and hardware design, helped both companies create devices (the Lumia 800 and 900) that could finally take on the iPhone.