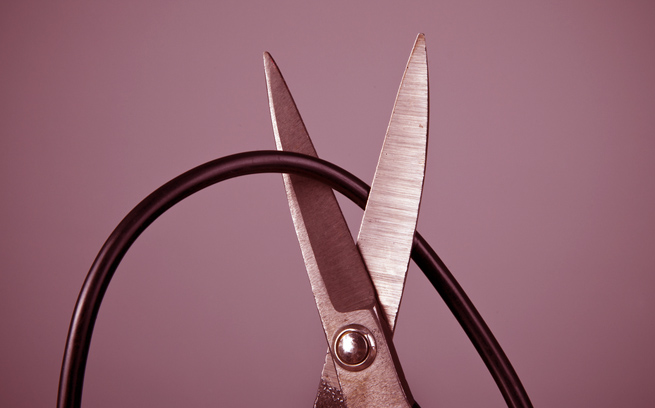 As much as cable companies don’t want to admit that their users are getting rid of traditional TV and using services like Netflix and Hulu to fill their watching needs, new research shows North Americans dropping cable at a fast clip.

A new report titled, “The Battle for the American Couch Potato: Online and Traditional TV, and Movie Distribution” from Toronto-based Convergence Consulting says 2.65 million Americans cut the cord between 2008 and 2011, with more than a million leaving cable in 2011. By the end of 2012, that number is forecasted to reach 3.58 million cord-cutters.

Between 2000 and 2009, cable companies in North America added an average of about 2 million subscribers a year, but lately, growth has been slowing sharply. Subscriber growth for cable considerably slowed from 2010 to 2011, with 112,00 subscribers added in 2011 from 272,000 added in 2012. But on a mixed note, the report forecasts 185,000 additions will happen in 2012, some of which could be people returning to cable after trying the cord-cutting lifestyle. (It should also be noted that Leichtman Research Group has counter research that says major U.S. cable companies added 380,000 subscriptions in 2011.)

Although the stagnation of cable subscribers might seem like good news for Netflix and other video-streaming services, the report also had bad news for them. The research suggests the audience for free full-episode sites like regular Hulu “has started to plateau.” It also suggests paid services such as Netflix are screwed because of the high cost of programming. The only way Netflix can overcome new cost barriers will be to “achieve sufficient subscriber/revenue growth.”

As a cord cutter myself, I identify greatly with this data. I miss my cable subscription and access to live entertainment and sports events. I’ve adjusted to using free and paid streaming services, but I’ve seen the quality of Netflix’s content decline over time, especially with its loss of Starz as a partner. Thankfully, Netflix CEO Reed Hastings might be looking at alternatives to find a coexistence between the cable and streaming. I for one, would welcome such a truce.