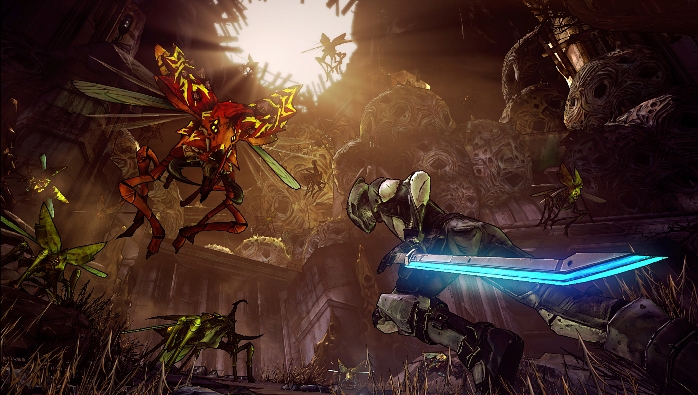 Instead, the creators seem focused on fixing the few perceived problems from the first game or simply fulfilling fan requests. Here’s how they’re tackling…

The problem: In the first Borderlands, you can see what’s ammo, money, a healing kit…all from a distance before you actually see the items themselves. You can compare weapons before you pick them up. You can hold down a button to grab everything in your vicinity. It was innovative stuff.

Borderland’s user interface (U.I.) is so good, we’re actually surprised more companies haven’t ripped it off. So are the Gearbox guys. “We’ve been excited about [other developers not stealing our U.I. ideas], actually,” said Hellquist. “When the first game came out, we were like, ‘Oh man, someone’s going to grab all this stuff and run with it.’ But it’s been great — we’re able to be the people to come with the next version of this before anyone else has really latched on to some of these things. It keeps us ahead of the curve, and we’re excited about that.”

So what is Gearbox doing to stay ahead of the curve?

The solution: “We give you the ability in your inventory to mark ‘favorites’ and ‘trash’ so that you can go to the vendors and sell all your “trash” with one click and make sure you don’t accidentally sell your ‘favorite’ things,” said Hellquist. “We also got feedback from the first game that it got tedious picking up every single piece of ammo or money. We did have the ‘hold’ function to grab a whole bunch of things. We decided for Borderlands 2 that we’ll still have that ‘hold,’ but you can also just run near the armor and cash to pick them up.”

“Players didn’t have a way to legitimately give each other gear before. They’d have to throw it on the ground and hope someone else doesn’t run by and steal it,” continued Hellquist, laughing. “So you can have private trades in the game now. We have a whole interface for that now.” 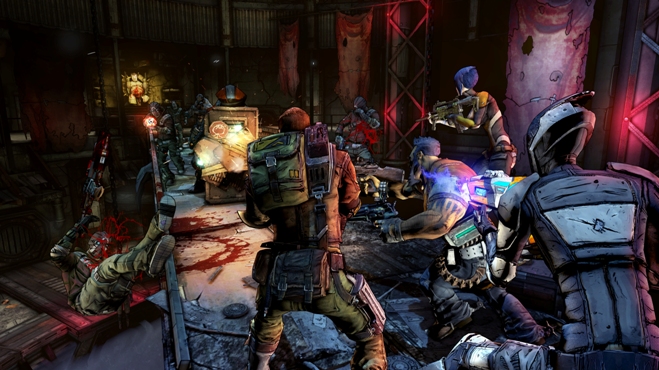 The problem: It’s a big, open world in Borderlands, and players don’t tend to sit still with fabulous loot to pick up in every direction. How do the game designers keep everyone together for a (somewhat) guided campaign experience?

The solution: “We’re always trying to think about how we organize our levels,” said Hellquist, “or organize our ‘moments’ or events or mission structure so that people are more likely to stay together as well as making sure everything still works properly if people are doing [separate] things simultaneously. It gets to be a tricky problem, but we do a pretty good job with it.”

“One example,” Lead Level Designer Jason Reiss told us, “is that you’ll be talking to [mission giver and Borderlands 1 character] Mordecai, and if you were to just jump off the ledge and keep going, he’ll continue his conversation through the Echo Network and keep talking to you. That’s for accessibility because we like players to be able to go, go, go if they want to do that and not have to sit still. But it’s also for that other player who’s all the way clear across the level and needs to get filled in on the story.”

To help players stick together, Gearbox also added four-passenger vehicles (compared to the original’s two-seaters), which, now that we think about it, should’ve been a no-brainer inclusion in the first game. “That was one where we responded to feedback,” said Reiss. 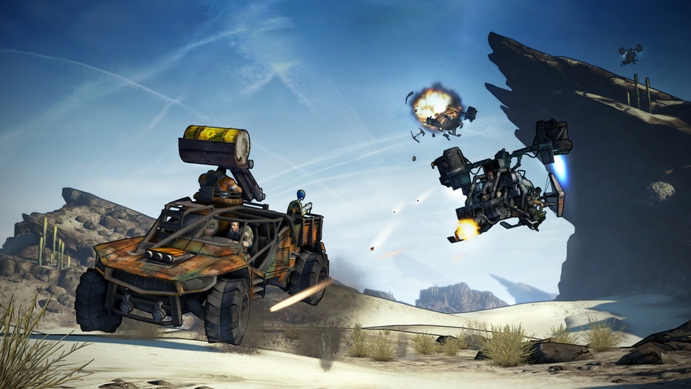 The problem: The first Borderlands offered several different areas to visit, and they all connected to each other…somehow. One map’s exit always led to another’s entrance, sure. But did anyone really understand how everything interconnected? If someone actually plugged all of Borderlands’ stages together, it’d probably look like some M.C. Escher piece. That probably contributed to all the backtracking you had to do in the original campaign, too.

The solution: “We really made sure the world actually makes more sense this time around [in Borderlands 2],” said Reiss. “We’re focusing on making sure you know you’re moving from one area to the next. For example, at the top of the dam, you see the grasslands on one side and snow on the other side. So you’re actually seeing two places that you’re going to be going through, so the transitions between them will make more sense.”

And what about running through the same areas over and over again? “We always look for ways to loop a map around,” said Reiss, “to make sure the player has an easy out toward the end of a level. We definitely aren’t for backtracking at all. Sometimes the level design ends up that way, but there won’t be much backtracking [in Borderlands 2].” 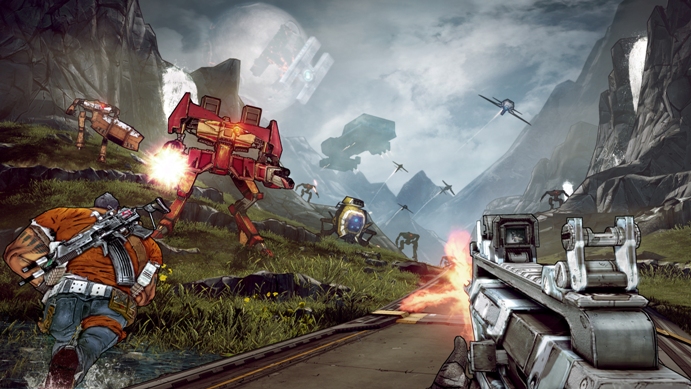 The problem: Again, it’s a big, open world in Borderlands. How can a developer possibly bug-test everything? “It’s a constant struggle,” said Hellquist, laughing, with just a hint of exhaustion. “We’re always keeping each other in check. We’re like, ‘Hey, don’t forget! Somebody could be over here doing this thing while you’re over there.'”

The solution: “Our quality assurance department is excellent at this kind of thing,” said Hellquist. “They’ve been testing Borderlands for quite a while now. They know all the tricks to catch us when we miss a detail or things like that.”

Then again, who says you need to fix everything? Sometimes, all you need is a little luck. “In the first game, we had Sledge’s Shotgun, which could shoot you wherever,” said Reiss. “We didn’t patch that. We’re actually fine with some of that because we want the players to play the game the way they want to. We can’t test all 80 bazillion guns, you know? There’s a little bit of unknown, and we go into this OK with that.

“We know we won’t see every possible combination of different skills and different classes working together in particular ways. There are just too many different combinations. We do our best, we cross our fingers, and the fans will find something crazy. And then we’ll get a chuckle out of it.” 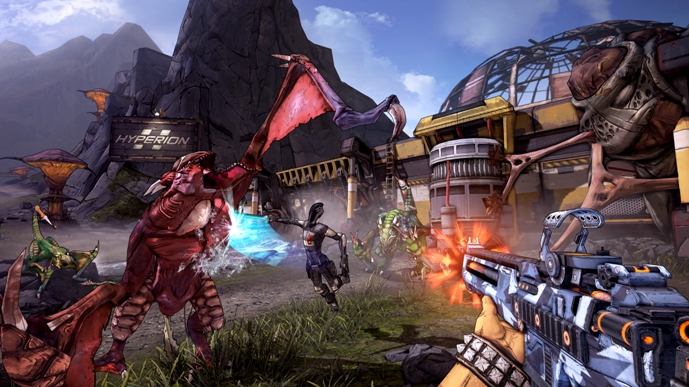