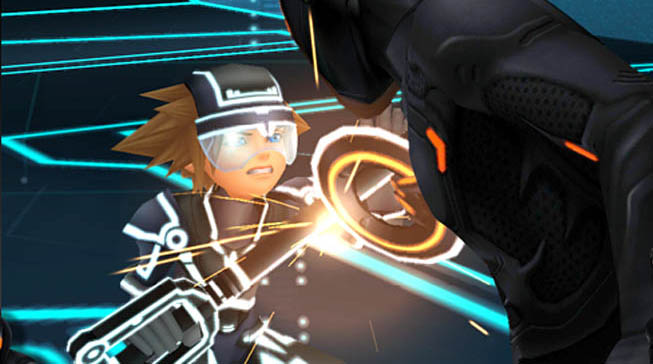 Handhelds continue to dominate the video game sales charts in Japan, and one handheld in particular. Driven by the release of a new exclusive title in Square Enix’s hit Kingdom Hearts series, the Nintendo 3DS had a very strong final week in March, leading the software and hardware sales charts by wide margins.

The 3DS kept its place in the top hardware sales spot, with no competitors coming even close to matching its numbers. In the same week, Nintendo sold 121,921 3DS units (as well as another thousand or so DSi handhelds), better than every other hardware option in the top 10 put together. Going by units moved, 3DS owned nearly two-thirds of total sales.

Without more big-name software titles to move hardware units, Sony’s new PS Vita continues to struggle in the lull following its launch earlier this year. Sony sold 12,105 Vitas for the week, about two thousand more than the previous week, and only one Vita title cracked the top 20 software sales list — Konami’s New Little King Story, a new version of the cult favorite Nintendo Wii life-sim game, which debuted with only 7,141 units sold.

The aging PlayStation Portable continues to outsell its successor in Japan, with 23,771 hardware units sold for the week and five PSP titles in the top 20 sales chart.

For those counting, VG Chartz puts the Vita’s sales in Japan to date at just over 600,000, with roughly 1.6 million Vitas sold worldwide so far. The 3DS, thanks in part to its year-long head start on the Vita, can claim more than 5.4 million units sold in Japan and more than 17 million worldwide.

For now, the Vita looks to be having a tough time coasting on the strength of its launch lineup, but another wave of potential hit software should boost Vita sales going into the summer. Atlus’s RPG Persona 4: The Golden is due out in mid-June, with Konami’s HD portable version of Metal Gear Solid slated to follow by the end of the month.