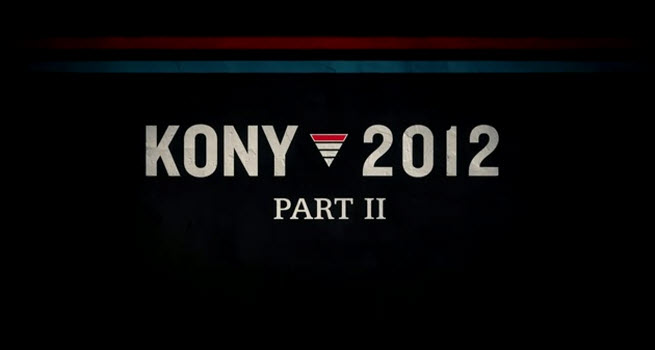 The Kony 2012 video, a slick production whose aim is to use the internet to stop an African military leader with a host of human rights violations, took off like wildfire on social media after it debuted on March 5. The video generated more than 100 million views on YouTube and Vimeo, and it started a huge social media campaign to put an end to the reign of leader Joseph Kony, head of the Lord’s Resistance Army that operates in four African nations.

Yet the video inspired criticism. Now the video’s creator, Invisible Children, has created a new video to answer the critics and spur more action. And the new video is taking off too. 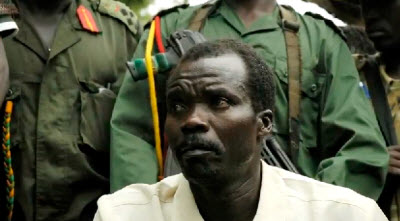 As an example of social media for a good cause, the short film drew praise for its ability to inspire action through a combination of grassroots organizing and internet-based social activism. It has clearly established the power of YouTube and the internet as a force for global action. And it has punctured through layers of indifference that many Westerners — including my own kids — normally have about a conflict that is so far away and is of no immediate concern to them.

Few denied that the 29-minute video was moving in its depiction of the brutal guerilla war tactics of Kony (pictured right) or that Invisible Children had expertly crafted its marketing campaign, dubbed Kony 2012, to publicize Kony’s behavior. It made the argument that people power can achieve anything.

But it also faced a storm of criticism from pundits and experts who felt it oversimplified a complex African conflict. People pointed to video creator Russell’s own meltdown — he ran naked down his street — as more reason to dismiss the Kony 2012 campaign. (His wife said the stress of the criticism got to him). 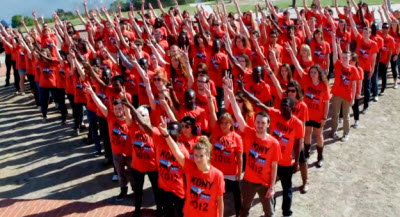 The new video, which makes no mention of Russell and is narrated by Ben Keesey, chief executive of Invisible Children, has seen more than 421,000 views in just a day. And it fights back against the critics.

This film is more cerebral than the first one, and it quotes government leaders and others in Africa. It acknowledges facts that it didn’t include in the first video, including that the group was barely operating in Uganda now (where aiding the government seemed like an equally bad proposition) and that Kony’s troops were down to just 250 soldiers. But it notes that Kony’s soldiers haven’t stopped. Since 2008, the LRA has killed 2,400 people and reportedly abducted another 57 since Kony 2012 launched.

The original film called for a worldwide canvassing campaign on April 20. The International Criminal Court is seeking Kony’s arrest. The film spurred the U.S. Senate to condemn Kony, and the African Union pledged troops. 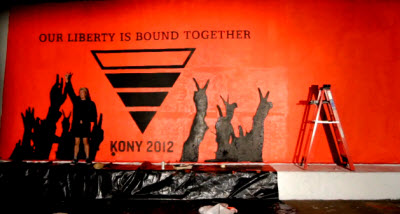 The film has had a remarkable effect on young people. In one scene, it shows Jacob, a young African boy, describing how Kony’s troops cut the throat of his brother. In tears, Jacob said he wanted to die rather than face abduction by Kony’s soldiers. Years later, Jacob was helping to run the Kony 2012 campaign.

My middle school student saw the film and wanted to donate money to the cause. Her interest in the topic has lasted. The other day, she came home with a red Kony 2012 wristband — a fake that someone had purchased on eBay — because another student was handing them out. My high-school student has also been moved to action, in spite of the criticism of the slick video. They want to do something to help, and don’t really care that many critics are writing off the effort. They see it as a cause that speaks to their generation.