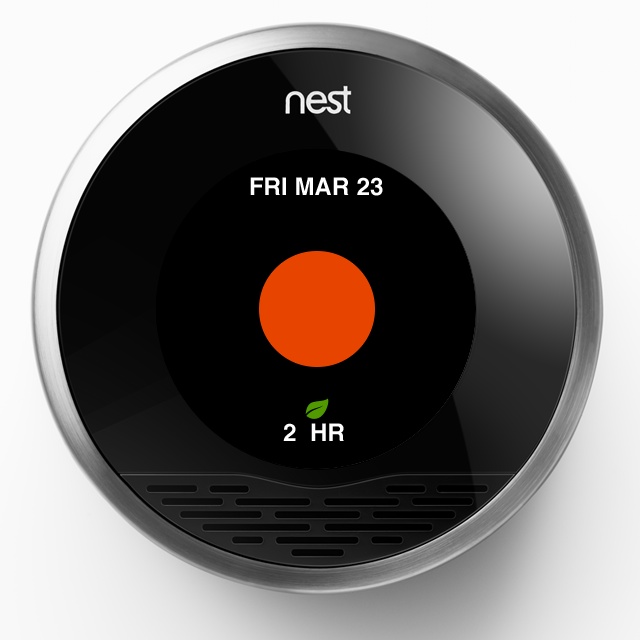 The Nest Learning Thermostat was plenty smart when it was first released five months ago, but even genius products sometimes need a bit of tutoring.

Today Nest users will receive the first major update for the thermostat, which will offer a more detailed Energy History, as well as a new feature called AirWave that can more intelligently cool homes. New Nest owners will also  have an easier time installing the device starting today as well, thanks to an improved backplate.

The Energy History upgrades will allow Nest users to learn more about how the system works, and ultimately use that information to save energy, Nest marketing lead Maxime Veron told VentureBeat in an interview.

Nest users have been able to see a simplified version of their usage for the past 7 days on the device, but now they’ll also be able to see a more detailed Energy History report that covers the past 10 days on the Nest iOS and Android apps, as well as on the web. The report will let you know how long your heating system was cooling or heating your home, and breaks down the activity with even more granularity if you click on a specific day.

For example, if you noticed that your air conditioning kicked in while you were away at work, you could tweak the system to avoid that. Veron tells me that a one degree change could mean up to 5 percent in energy savings.

AirWave, a completely new feature that can save users up to 30 percent in cooling costs, shows that Nest Labs isn’t slowing down innovation. With AirWave, Nest can cool your home to a target temperature without running air conditioning as much as traditional systems. The system can intelligently turn off cooling, but continue to run fans that push out cool air remaining in your vents and in the air conditioner’s coils.

Veron tells me that AirWave will work for half of its customers across the U.S. (some don’t have AC at all, and some live in climates that are too humid to effectively use the feature). He says that existing home cooling systems can also continue to run fans to spread out cooling, but they’re not nearly as smart as Nest, since they can only turn off the AC after your home reaches a target temperature.

As for the hardware changes, Veron says the company wanted to make the Nest’s already simple installation even easier. The new Nest back plate sports larger press connectors, so even fat-fingered novices can connect the thermostat. The company is also including new custom screws that can be installed onto a variety of surfaces without wall anchors.

The Nest mobile apps will also see some updates this morning. Both the iPhone and Android apps will allow users to remotely change away temperatures and will also sport new at a glance screens. Notably, Nest says that its Android has finally reached feature parity with the iPhone app.

Since I’m stuck in an apartment, I haven’t had the chance to try out the Nest for myself, but this latest round of updates is making me even more jealous of Nest users. Co-founded by some of the brains behind the iPod, Tony Fadell and Matt Rogers, Nest has seemingly done the impossible by making gadget hounds lust after a mere thermostat as much as an iPhone. But consumers aren’t the only ones paying attention, the company is currently facing a lawsuit from Honeywell, which claims that the smart thermostat violates its patents.

The Nest Learning Thermostat costs $249 and is available online and in Best Buy stores. 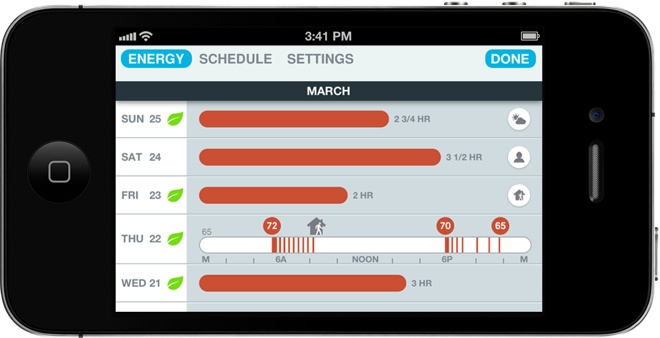