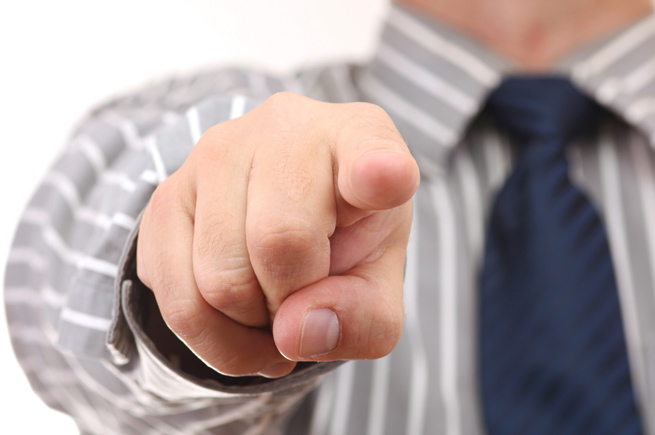 We’ve heard quite a few opinions about who’s to blame for Groupon’s IPO fiasco ever since the company announced a restatement of its earnings last Friday and indicated that it had material weakness in its internal controls. Andrew Ross Sorkin of The New York Times blames greedy tech companies. Sarah Lacy of Pando Daily blames greedy Wall Street bankers. They’re both right — and they’re both wrong. The blame for this fiasco can be spread far and wide.

I blame the incentives that created bad behavior among many actors, including the company, venture capitalists, Wall Street, the media, and individual investors. I also blame me.

I’m a strong believer in the fact that incentives rule our world. Most people act over the long term in response to the incentives that are set up for them. Bad things happen not necessarily because people are bad or evil or stupid, but because their incentives are structured in a way that rewards bad behavior.

Nearly a year ago, I wrote:

In response, Tim O’Shaughnessy, CEO of LivingSocial, wrote on Facebook that I was calling him evil. (O’Shaughnessy and I worked together at Aol, though not closely.) Because that was in a Facebook conversation not published to the public, I won’t quote exactly what he said, but here’s what I wrote in response:

I think the model is evil, not the people, Tim. Incentives can lead to bad things.

This is what happened in the subprime mortgage crisis. Homebuyers lied about their income, appraisers lied about how much houses were worth, mortgage bankers lied about credit quality, ratings agencies backed up those lies and so on.

The bulk of the blame for the Groupon fiasco sits squarely on the shoulders of the company’s management. They created the model, and they executed on the plans.

If I were to scientifically engineer a company with the specific intent of defrauding investors, it would look very much like Groupon. We’d have massive revenue growth, an aw-shucks CEO with an unlikely background, widespread consumer appeal, a business model that hadn’t been tried before, and little attention to risk management and fraud. The only thing that’s part of the Groupon story that is less than ideal for this scientifically engineered company is co-founder and chairman Eric Lefkosky’s checkered past. That kind of tips your hand and would be a big red flag to potential investors.

Just to be crystal clear: I’m not accusing Groupon executives of fraud. It’s very possible that Groupon stumbled into this situation by accident and really had no idea it was building a house of cards. Then the bad incentives took over. (Groupon has never allowed me to speak with CEO Andrew Mason, so I can’t offer an opinion from personal interaction.)

A simple example of incentives in action with Groupon is the lack of caps on the number of Groupons sold. One way that Groupons frequently turn into disasters is that they sell more Groupons than a business can reasonably handle. It’s bad for the business (they’re overwhelmed), for the consumer (they have a bad experience due to long waits), and for Groupon in the long term (it hurts the brand and results in refund expenses).

A former Groupon salesperson I spoke to said they never brought up caps with a customer. If the customer brought it up, he said, salespeople would regularly lowball estimated deal sales to try to get the customer to run the deal without a cap. For example, if a salesperson thought a deal would sell 1,000 Groupons, he would estimate 200.

Because Groupon (like most new companies) was being valued based on revenue growth, management had an incentive to look the other way on such tactics because the bigger deals meant more revenue. This is especially true because unlike most companies that issue gift cards, Groupon books the revenue immediately instead of waiting for the Groupon to be redeemed. The costs associated with refunds hit later. That’s exactly what we saw with the restatement on Friday.

If I were to try to create a more stable, longer-lived Groupon, one of the biggest changes I would make is to require that salespeople insist each customer set a cap on their deal and insist on setting one. I would also verify this at every stage of the process and make the disclosure that deals can be capped in big, bold letters on the contract. This would also have the side benefit of avoiding some of the media horror stories like the baker who had to hire additional staff and take a big loss because she sold 102,000 cupcakes. Doing this would create a more sustainable business, but it would reduce revenue in the short term.

WordPress tells me that this post has almost reached 1,000 words. As a frequent writer, I know that people hate long articles. So my incentive is to stop now and continue this in another post.

Disclosure: I have an investment and several ongoing wagers related to Groupon.