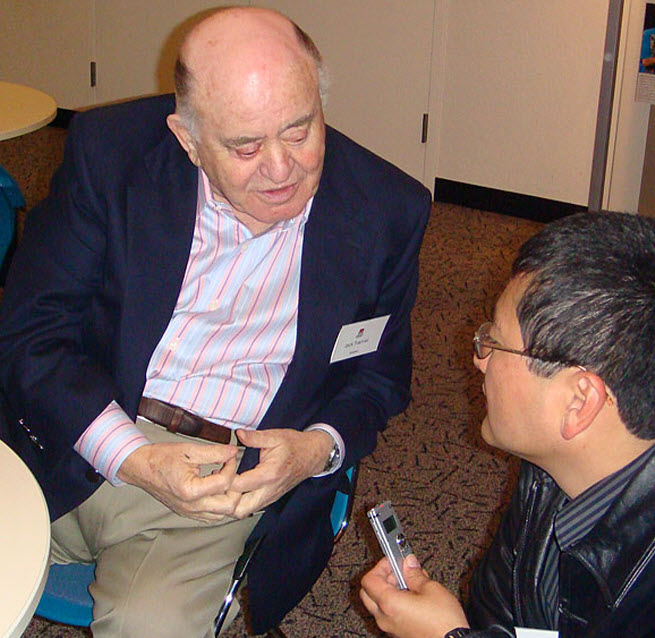 Jack Tramiel, a huge figure in computer history and founder of Commodore, died on Sunday at the age of 83, according to Forbes.

Tramiel was both a visionary and controversial figure as the founder of Commodore International and the former chief executive of Atari Corp. He was a Holocaust survivor and turned out to be a tough businessman. His life was like a chronicle of the tech industry.

He was born as Jacek Trzmiel in Lodz, Poland in 1928. After the Germans invaded in 1939, his family was moved to the Jewish ghetto in Lodz, where he worked in a garment factory. His family was sent to the Auschwitz concentration camp, where he was examined by the notorious doctor Josef Mengele. Tramiel survived the labor camps while his family members died. At age 16, he was rescued from the camp in April 1945 by the 84th Infantry Division. In 1947, he emigrated to the U.S. and learned how to repair office equipment in the U.S. Army.

He bought a typewriter repair shop in 1953 in New York and renamed it the Commodore Portable Typewriter Company. The business later became famous in tech circles when it launched the Vic20, Commodore PET, and Commodore 64 machines in the 1980s. The latter went on to be one of the best-selling computer models of all time, and it was a favorite among early video game fans, including a number of people who became famous designers in that industry.

In 1984, he resigned from Commodore and started Tramel Technology (deliberately misspelling his own last name to make the new company easier to pronounce) with the aim of creating a next-generation home computer. Tramel then bought the consumer division of Atari from Warner Communications and renamed Tramel Technology to Atari Corp. In the late 1980s, Tramiel stepped away from management of Atari, and his son Sam took over. Sam had a heart attack in 1995, and Tramiel returned to run the company. He sold Atari in 1996.

I had a chance to interview Tramiel at the Computer History Museum on the 25th anniversary of the Commodore 64; although, that interview is no longer online.