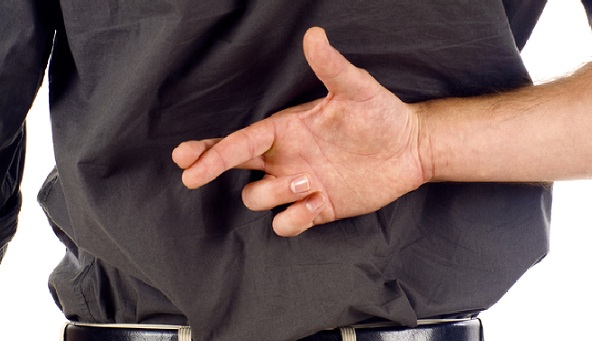 If the experience using your Groupon ever lets you down, we’ll make it right or return your purchase. Simple as that.

But when I put it to the test, I found the promise isn’t really simple as that.

A customer service representative responded to an inquiry:

The Groupon Promise is vague on our site intentionally so that we can use our judgement and determine what the most fair course of action is.

My saga began last August when I purchased a Groupon for two nights at the Loews Santa Monica Beach hotel. I purchased the voucher specifically because I had been writing a lot of negative stories about Groupon, and I figured a trip to sunny SoCal and staying at one of my favorite hotels would provide for an easy, positive story. That was the plan. The price was decent, though not fantastic — certainly not 50% off.

After purchasing the Groupon, I called the hotel to book my reservation. It turned out the Groupon was not valid for the weekend I wanted to travel. Unlike other travel sites, Groupon does not confirm availability at the time of purchase, so you don’t know whether rooms will actually be available. Groupon also hides important information such as taxes, blackout dates, and availability restrictions under a tab, unlike most major travel sites.

Fast forward six months. Before the Groupon was to expire, I booked another trip to Santa Monica. When I arrived, I was given one of the worst rooms in the hotel, with a view of garbage containers. 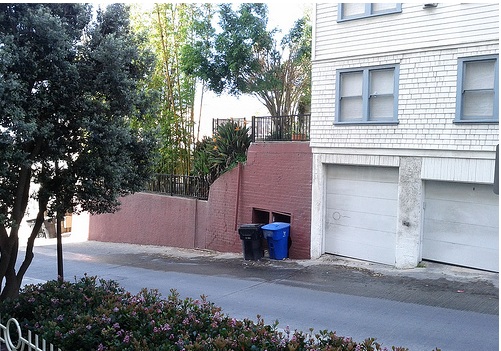 Contrast that with the view I had on a previous stay at the same hotel: 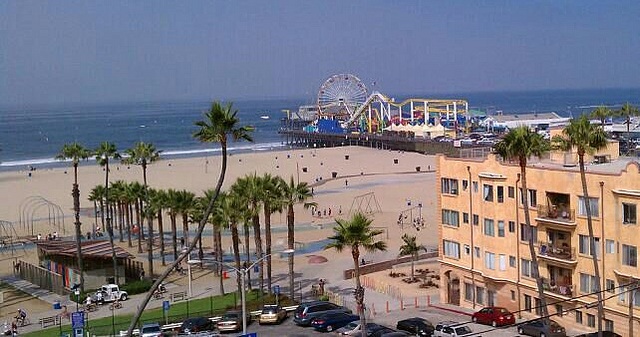 Throughout my stay, the Internet connection, which was included in the price of the Groupon, didn’t work.

When I returned home, I asked for a refund under the Groupon Promise. If I had booked though Travelocity, Expedia, Priceline, or LivingSocial, I wouldn’t expect a refund because they don’t make big promises about the quality of the experience. I’d expect that a complaint to one of them would result in some modest credit toward a future stay.

I asked Groupon PR to comment on my experience and clarify the meaning of the Groupon Promise. (I was not asking for a refund from them because I considered Groupon customer service’s final email as the company’s response to a normal consumer request.)

“But Rocky, your facts were not straight and it took you a hell of a long time to speak up for something that was not due to you, but hey you still scored $30,” wrote Paul Taaffe, Groupon’s new head of PR. “Smacks of being a little opportunist don’t you think. Lucky it’s just you and me that know this.”

The “hell of a long time” refers to the fact that I bought the Groupon in August and didn’t complain until after I returned from my trip in February. I couldn’t complain because I hadn’t had the experience yet.

I pressed Taaffe to explain what the Groupon Promise really means. He responded, “I think it’s pretty clear and so do Groupons customers and now Groupon’s accountants.”

The open-endness of the Groupon Promise is one of the reasons for Groupon’s restatement of its fourth quarter earnings on March 30.

Ben Edelman, an assistant professor at Harvard Business School, said, “The word choice affirmatively indicates that the Promise is broadly applicable – notice inclusive words like ‘ever’ and ‘we’ll make it right’. I believe it is an unfair and deceptive practice, within the meaning of state consumer protection statutes, for Groupon to tout this broad policy, then refuse the benefits that consumers reasonably expect.”

“Somehow Groupon finds time to write, and space to publish, thousands of jokes and witty remarks,” Edelman said. “But when it comes to a precise characterization of what users are buying, or what guarantees Groupon makes, Groupon systematically falls short. Groupon falls short of its obligations under consumer protection law, its obligations under credit card network rules (as the merchant of record for users’ purchases), and of users’ reasonable expectations. If Groupon continues playing fast-and-loose in this way, it should expect both growing dissatisfaction (users who ignore most or all Groupon offers and leave Groupon’s mailing lists) as well as ever-increasing regulatory concern and litigation.” (Edelman was speaking generically and not directly in response to my situation.)

The California’s Attorney General’s office did not immediately respond to requests for comment.

The Federal Trade Commission responded, “The FTC does not comment on the specific actions of companies. After a thorough investigation, the FTC may take action against companies under Section 5 of the FTC Act, which prohibits “unfair or deceptive acts or practices in or affecting commerce.” Consumers may file complaints with the FTC at www.ftc.gov/complaint. Although the FTC does not resolve individual complaints, complaints may lead to FTC investigations.”

Groupon has had trouble with regulators overseas. The company recently agreed to increased scrutiny by the Office of Fair Trading in the United Kingdom. “There were concerns about Groupon’s trading practices including reference pricing, ensuring sufficient supply, time-limited offers, products/services not as advertised, products/services not delivered, substantiation of claims, consumers not getting refunds when appropriate and unfair terms,” according to the OFT Web site.

“OFT formed the view that there were specific examples of Groupon’s practices which appeared to be in breach of the CPRs, the UTCCRs and DSRs,” the site says. “In particular, OFT identified concerns with reference pricing, advertising, refunds, unfair terms, and the diligence of its interactions with merchants.”

Groupon agreed to provide the office with details of consumer complaints in such matters in 3, 6, and 9 months. A signed copy of Groupon’s promise to UK regulators is available online.

Let’s see if they keep that one.

Had an experience with Groupon’s customer service? Tell me about it. Email dailydeals@agrawals.org.