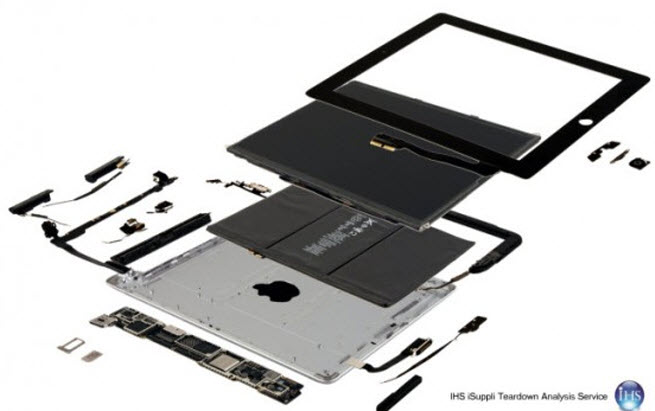 Apple has always been ahead of the curve. That’s why it should bring manufacturing jobs back to the United States.

The company has taken advantage of low wages and other manufacturing advantages in China for long enough. Now that attention has been focused on the working conditions at factories in China, Foxconn has pledged to raise wages and make improvements. Other suppliers will also have to meet tougher standards for workers. That’s going to raise the cost of doing business in China.

Already, labor shortages are driving up the costs of Chinese-based manufacturing facilities. Shipping costs are higher, too. Apple should bring manufacturing back to the U.S., not as a charity for American workers or as a publicity stunt, but because it makes good business sense. It is our responsibility to tell Apple this.

I realized this when I read stories about worker conditions in China, such as the Fair Labor Association’s recent report on factory conditions. We can make those problems in China go away by creating the same jobs here, under better conditions. In a conversation about Apple and Foxconn, Ira Glass of This American Life talked with New York Times writer Charles Duhigg — who wrote a groundbreaking piece on Apple’s iEconomy — about how our own desire for inexpensive Apple products is a root cause for worker abuse in China.

Duhigg said about Glass’s own feelings of guilt, “Should you feel bad about that? I don’t know, that’s for you to judge, but I think the way to pose that question is: Do you feel comfortable knowing that iPhones and iPads and, and other products could be manufactured in less harsh conditions, but that these harsh conditions exist and perpetuate because of an economy that you are supporting with your dollars?”

This American Life had to retract its piece because actor Mike Daisey fabricated some parts of his piece on Foxconn’s labor abuses, but those abuses have been documented elsewhere.

The choice I am making is to ask Apple to reconsider the arguments that pushed it to China, where Foxconn employs more than a million workers. There’s a growing chorus on this issue. But it’s not just something that organized labor can back. Like the cause for better education, it’s something that the Silicon Valley intelligentsia — and everyone else — can get behind. 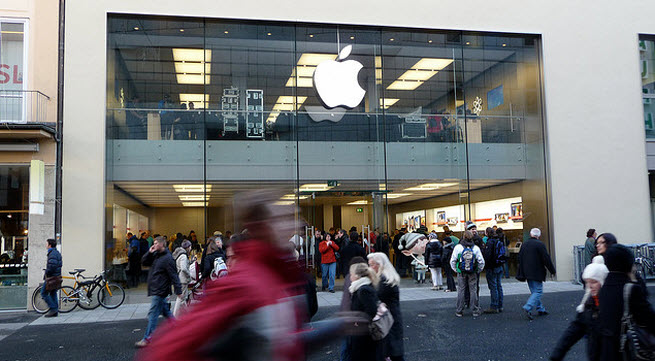 The arguments against the U.S. have been clear for a long time, and even President Obama has had to face a lot of cold, hard facts that Apple has brought up as reasons for keeping the jobs overseas. Steve Jobs, Apple’s late CEO, told Obama that the manufacturing jobs aren’t coming back.

The list of reasons is long: American workers here are overpaid relative to Asian workers. The infrastructure for manufacturing plants — such as all of the surrounding suppliers — has melted away. It takes far too long to find enough manufacturing and engineering talent to staff a factory. American universities aren’t churning out enough graduates to feed the technology companies. Chinese factories can scale up and scale down as needed.

But other companies have successfully manufactured high-tech products in the U.S. Intel has major factories in Oregon, California, New Mexico, and Arizona. It also has a factory in China, but the lion’s share of its work is in the U.S., and the world’s biggest chip maker invests about $5 billion a year in its American factories. What is Apple’s excuse? Apple generates more profits than Intel, so why should it care that China’s costs might be lower?  Its stock price has never been higher, and its stockpile of cash is so big that it is now giving it back to shareholders. It doesn’t need to pinch pennies like it once did when it was in danger of going out of business. Apple doesn’t have to abandon China; it could simply add factories in the U.S. that balance out its manufacturing sites.

I’m not asking Apple to do this purely for bleeding heart reasons. Doing the right thing is a way for Apple and the rest of Silicon Valley to give back, for sure. The U.S. has to step up by producing more engineering graduates, and U.S. suppliers have to improve their quality to match China’s. But China’s alleged advantages over manufacturing in the U.S. are dwindling as workers in that country receive better benefits.

Think of the advantages Apple could accrue. Its product engineers and designers either have to go to China to inspect the manufacturing lines or stay on the phone late at night working through problems. What if they could drive to the factory or speak to someone in the plant in the same time zone? It would vastly improve the quality of life for those engineers and designers, who are Apple’s best resource. Apple could probably do a better job of keeping its secrets, which seem to leak profusely from its Chinese supply chain, and it would no longer have to support jobs in the country where its goods are pirated in huge numbers.

It would be a lot easier to for Apple to monitor worker issues such as coerced overtime or other manufacturer misbehavior. Shipping costs would dwindle. Apple could receive its chips via trucks from Samsung’s factories in the U.S. or from Intel’s. Shipping costs via roads in the U.S. will be cheaper than sending them via increasingly expensive air freight or cargo ships. After all, the price of oil keeps rising. The automation trend, where robots assemble products and eliminate menial jobs, also favors the U.S. Robots in the U.S. are likely going to cost the same as robots in China.

Apple would also get a PR benefit out of bringing jobs back. The company already puts on its packages that its products are “designed in California.” It could also say that they are designed and manufactured here as well.

The company is now the largest tech company in the world in terms of market capitalization. It has to show leadership and behave responsibly. Apple has a responsibility to its shareholders, but I don’t think those people are going to suffer, given the incredible run of Apple’s stock price so far. If Apple spread its manufacturing out, it could reduce its risks to natural disasters and so shareholders could actually feel more secure. Apple also has a responsibility to its customers, employees, and the world. None of those would be hurt by Apple extending manufacturing to the U.S.

Apple has around 43,000 or so employees in the U.S. already, but more than 700,000 people are working overseas on Apple products. But manufacturing jobs could benefit the economy and the work force in a much more impactful way. Apple declined to comment on this reported and noted it recently announced it has created 500,000 Apple-related jobs in the U.S. since 2007. But 1,000 new manufacturing jobs creates about 5,712 other jobs.

What Apple has done so far is outstanding. But it is not enough. Tim Cook is a supply-chain wizard. If anyone can, he should be able to figure out how to bring more jobs back home.