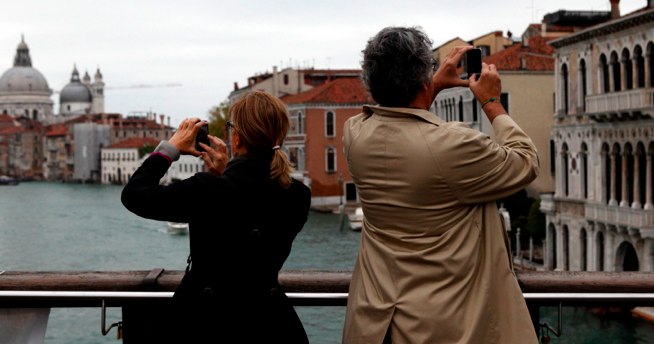 The world’s largest social network has snatched up the Internet’s most buzzed about mobile app for photo-sharing at a cost of $1 billion, and the question on everyone’s mind is: Why?

The answer is obvious — it’s all about the photos — and it has been hidden in plain sight for weeks.

Monday, Facebook announced that it would acquire photo-sharing startup Instagram for approximately $1 billion in cash and stock.

In a note posted to his Facebook Timeline, CEO Mark Zuckerberg said that Facebook would not be fudging with the Instagram applications for iPhone and Android, and would instead use the purchase to “offer the best experiences for sharing beautiful mobile photos with people based on your interests.”

But $1 billion is a hefty sum to pay for a young startup with a single-purpose application and no business model. Facebook doesn’t need Instagram’s more than 30 million users. And while unquestionably innovative when it comes to rapid photo-sharing, Instagram, as a micro social network, poses very little threat to Facebook. As Zuck insinuated, the services are complementary.

So, what’s really going on here? Facebook spelled out the reasons for us all in its S-1, filed with the SEC in February. This is all about the photos and what photos mean to Facebook’s mission and service: traction, user engagement, more time on site, new users, and much less risk. The acquisition has everything to do with the social network’s upcoming debut on public market. Instagram is Facebook’s insta-stopgap.

Facebook iterated at multiple times in its S-1 that photos are an essential part of its mission and strategy. The social network also disclosed to would-be investors that it could suffer without continued growth in user engagement around photos, and identified mobile has a massive risk.

“Facebook … enables you to discover what’s going on in the world around you, through the eyes and ears of people you trust,” the company said in an overview of its mission. “Every day hundreds of millions of people come to Facebook to find out what their friends have to share — the best new music they’ve listened to, photos from their recent honeymoon, who they plan to vote for in the next election.”

Essentially, photos are part and parcel of the Facebook experience. Facebook bragged in the document that with 250 million photos uploaded to the site every day, it is the most popular photo uploading service on the web. Facebook, in its S-1 section on strategy, also said that it would spare no expense in product development investments that would increase engagement.

“We prioritize product development investments that we believe will create engaging interactions between our users, developers, and advertisers on Facebook, across the web, and on mobile devices,” the company spelled out. “We continue to invest significantly in improving our core products such as News Feed, Photos, and Groups, developing new products such as Timeline and Ticker, and enabling new Platform apps and website integrations.”

The way the social network sees it, photos and Facebook are inextricable. But when you think of digital photos today, many think of Instagram — not Facebook.

“Facebook’s short-term threat, which could eat into their IPO valuation, was Instagram,” Moor Insights and Strategy president and principal analyst Patrick Moorhead told VentureBeat. “They removed that problem today.”

Instagram, as the photo-sharing app with a short but storied history, is the most strategic acquisition that the company could make prior to going public. The buy simultaneously boosts Facebook’s strength in a core product area and wipes out a small, but up-and-coming startup outshining Facebook on the photos front.

Photos are very much a part of Facebook’s bottom line, so the acquisition is also about eliminating some of the risks the company identified in the S-1. “Changes in user engagement also affect our revenue and financial performance,” Facebook said in its S-1, adding that photos, in addition to wall posts, and messages, are an essential piece of content needed to sustain and grow user engagement.

The Instagram buy could also help Facebook with its stated mobile risk. While VentureBeat has heard from an inside source that it’s too soon to know if Instagram will assist Facebook with its mobile advertising objectives, one cannot ignore that with Instagram, Facebook bought a platform that’s as loved by brands as it is by mobile phone owners.

The bottom line: Facebook has traded $1 billion in cash and stock for billions of dollars of value in its upcoming market offering.