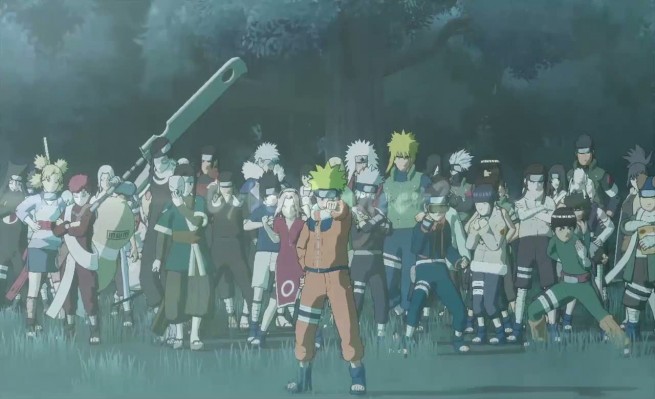 NSUNSG (!) is the 12th Naruto title developed by CyberConnect2, the same studio responsible for Asura’s Wrath. Generations is essentially the culmination of all previous iterations, stripping any exploration or role-playing elements down in favor of focusing on what every fan wanted anyway: story and fighting. Generations combines the cast from both previous Ultimate Ninja Storm titles, and allows characters from different periods in the Naruto timeline to face off — a first for the series. An example would be younger versions of Naruto and Sakura facing their older selves.

The combat is just slightly too simple and repetitive for my tastes, but I can also appreciate a game that’s easy to pick up and play. The sheer number of characters means you’ll at least have a lot of variety to keep things fresh and plenty of cool Ultimate Jutsus to witness. Whether you’re looking for single-player or multiplayer content, Generations has enough to keep you busy at least until next year’s (inevitable) iteration.

Over the past few games I’ve come to realize there’s a reason the Naruto anime has racked up nearly 500 episodes and is still going strong. There’s a lot more to this franchise than just wacky ninjas being wacky, or dramatic bad guys being dramatic (though the dialogue does often tend to take itself way too seriously for its own good). Generations provides a sort of Cliff’s Notes version of many of the different story arcs, but the execution was obviously done on a budget; animated cutscenes are few and far between, with most sequences being still frames combined with voiceovers. Still, it can be a nice jumping-on point for newcomers. 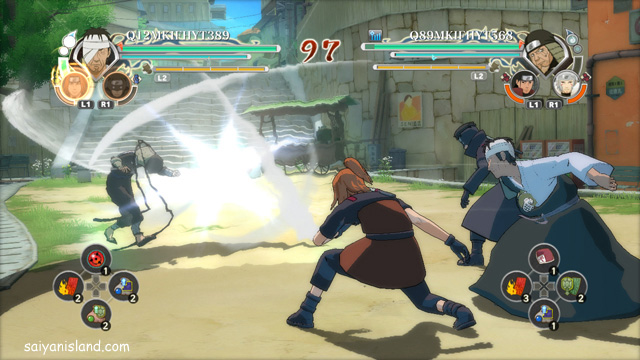 CONCLUSION
Naruto Shippuden: Ultimate Ninja Storm Generations is more of what fans cherish in a package that’s easily digestible for anyone unfamiliar with the series. Some corners were cut in terms overall production values and the gameplay may be too watered down for fans of more technical fighters, but if you’re still on the fence about Naruto, this is the game that will make it or break it for you.

Naruto Shippuden: Ultimate Ninja Storm Generations was released on March 13, 2012 for the Xbox 360 and PlayStation 3. An Xbox 360 copy was provided by the publisher for the purpose of this review. 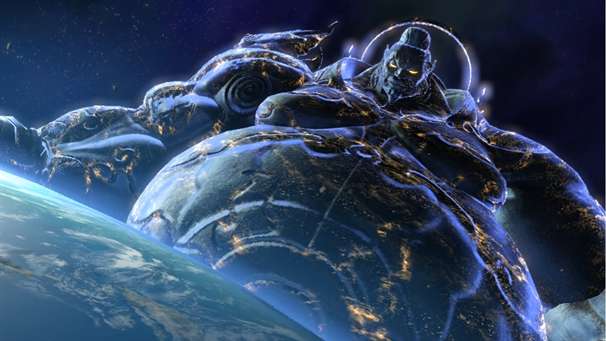 Asura’s Wrath is best described as a semi-interactive anime; there are 18 episodes taking roughly 15-20 minutes each, but some feature as little as 47 seconds of actual gameplay.

The player is constantly barraged with ludicrous action sequences to the point that it dulls each consecutive occurrence. When the first boss of the game grows to be several times the size of a planet, then tries to crush Asura with his finger, anything beyond that seems missionary by comparison. I literally lost count of how many times there was some epic space battle where hundreds of ships were destroyed in the blink of an eye, or how many times Asura burns up in the atmosphere and comes falling down to space like a meteor. I get it, he’s an all-powerful deity — what else ya got?

Undoubtedly, with better writing, Asura’s Wrath could have been something special. As is, the game is so overwrought with anime cliches that anyone who has seen half an episode of DragonballZ can probably guess the entire plot. A key factor in what makes a great anime is having an ensemble cast, but Asura’s Wrath focuses on its titular and extremely one-dimensional protagonist.

And in typical Capcom fashion, don’t expect to receive the full Asura’s Wrath experience with your purchase. The game ends on a cliffhanger (even after you play the obnoxious final chapter twice to see the “true ending”). A handful of announced DLC chapters will provide closure, but I can’t imagine anyone being interested enough to care. Since the game only sold 36,000 copies in its first week, I’m probably preaching to the choir.

CONCLUSION
Above all else, Asura’s Wrath commits the cardinal sin of video games: It’s not fun. I genuinely commend Capcom for backing such an ambitious, experimental project; I just wish they had read the script first. This was not a story worth telling, and it sure as hell isn’t a story worth paying extra for to see how it “really” ends.

Asura’s Wrath was released on February 21, 2012 for the Xbox 360 and PlayStation 3. An Xbox 360 copy was provided by the publisher for the purpose of this review. 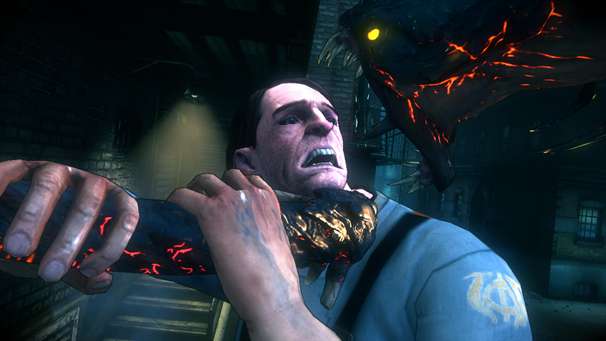 I’m surprised as anyone that the almighty 2K chose The Darkness as one of their blockbuster titles for 2012, or at all really. Most comic book games are either attached to a movie and suck beyond all recognition, or they died long before seeing the light of day, as was the case with The Darkness’ sister franchise, The Witchblade.

The original game was good, but not so great or well-received that it screamed “sequel,” and especially not “super size to blockbuster status.” All the stops have been pulled out for Jack Ecstacado’s second round, however. The new cel-shaded art direction closely emulates The Darkness’ comic book origins, but the vibrant environments will all be splattered crimson with viscera soon enough. To say that The Darkness II is violent is like saying the Kardashians are vapid. Enemies can be shot, impaled, executed, exploded, or otherwise relieved of their limbs in a multitude of ways. The “quad-wielding” feature — where Jackie holds two guns while simultaneously operating two Darkness arms — surprisingly turns out to be more than just some PR catchphrase.

The developers have chosen to feature only one “Darkling,” as opposed to the legion Jackie controls in the comics. The purist in me wants to object, but whereas most lore changes (which the developer usually claims was done to make the original material “fit better” on a different medium) is just a deceitful way of hiding the fact that they weren’t competent enough to pull the “right way” off, Digital Extremes defends its decision through meaningful execution. Like Jenny, Jackie’s slain love interest, the Darkling plays an integral role in the story, and both help elevate the game beyond the mindless, trigger-happy shooters that generally make up the genre.

CONCLUSION
I haven’t played a game to completion twice in a single sitting since Portal 2, which should roughly hint at the quality of experience that awaits: It’s short and sweet, with a decent cooperative multiplayer side-story for added value. And by “sweet,” I mean you can hang a thug upside-down and rip their intestines out through their ass.

The Darkness II was released on February 7, 2012 for the Xbox 360, PlayStation 3, and Windows PC. An Xbox 360 copy was provided by the publisher for the purpose of this review.