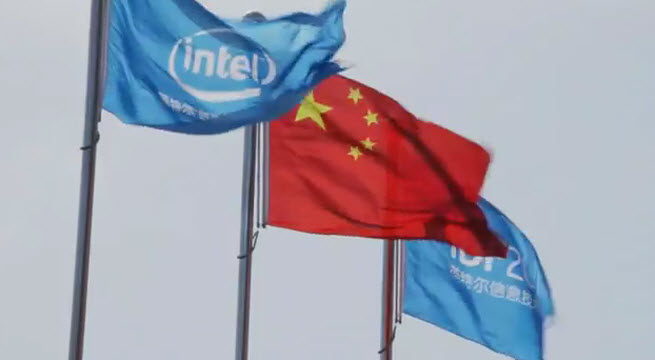 The move is a reaction to Advanced Micro Device’s acquisition of micro-server startup Sea Micro for $334 million in February.

Sea Micro used Intel’s cheap, low-power, low-compute Atom chips to build dense servers with lots of energy-efficient chips. It consolidated a lot of functions into its chip sets so that it could make tiny server boards. Sea Micro’s computers used a third of the power and a third of the space of normal Intel Xeon chip servers, but they had a 150 percent improvement in compute density, or the amount of computing power packed in a given space.

That woke Intel up, and it began refashioning its Atom chip line-up to cater to micro-server platforms. Now its Centerton platform will focus on taking micro servers to a new level using Intel chips, while AMD will likely put its own chips into Sea Micro’s future platforms. The world’s biggest chip maker made the announcement at the Intel Developer Forum event in Beijing today.

Intel isn’t acknowledging that it is reacting to a rival, of course, and it continues to minimize the importance of micro servers. It says the micro-server market could be 10 percent of the whole server market by 2015.

Even so, it acknowledges that the workloads for servers are diverse, from web hosting (serving web pages) to mission-critical computing (running stock markets). The industry has responded by expanding the choices for data centers, with rack, tower, and blade servers. Since 2009, when Sea Micro appeared, the micro-server category has been growing fast in data centers where compute density and electricity savings are critical, Intel said. Today, Intel’s server chips range from 15 to 45 watts.

Diane Bryant, vice president of data center computing at Intel, said that in the second quarter, Intel will launch a new 22-nanometer Tri-gate family of Xeon processors dubbed the E3 product family. It will then launch the Centerton chips, which can operate on six watts, later this year. Centerton will have two 32-nanometer cores, or computing brains and will have error-correction code memory and 64-bit support. It also does hyper-visor-based virtualization, which ARM-based rival chips are not expected to be able to do, when they show up on the market.

Patrick Moorhead, analyst at Moor Insights & Strategy, said, “This is a clear indication that Intel is raising their game in micro servers, even though they still think it comprises 10 percent of all servers in 2015.” He thinks that Intel will win on raw compute performance per processor, compared to AMD’s chips and expects the overall Intel solution to be competitive, but a full comparison will only be possible once the servers can be tested side by side.