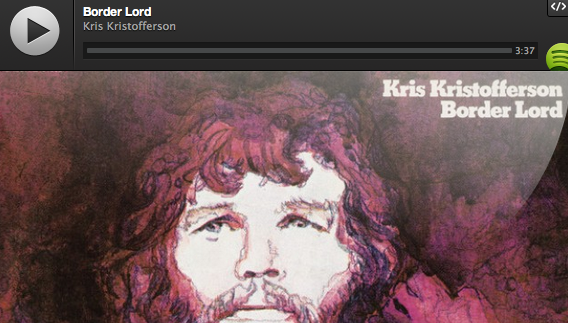 Spotify continues to push the boundaries of streaming music. This morning it released the “Play” button, a widget that lets people embed songs from Spotify on any website. You need at least a free Spotify account to listen, which will no doubt help to grow the company’s user base. It also means there is now a simple, legal way to bring millions of music tracks to any site.

For Spotify, Facebook has been the key to its recent U.S. launch and growth, helping it to add 3 million new users since it launched last year. The “Play” button moves the company outside that walled garden. Tumblr is putting the new Play button front and center on its main dashboard this morning.

The service isn’t seamless. In an ideal world, anyone would just click the play button, sit back and listen. In real life, because of the way the music labels do business, you need to click the play button, then either sign up or login in to the Spotify client. If you’re already logged in, the music starts playing pretty seamlessly. If not, there are few steps before your aural gratification.

Rdio, a streaming music competitor, has offered a true music embed tool since 2010, one that doesn’t force users to open an external client to listen to music on the web.

The RIAA recently released a report showing that streaming music services were a boost to the music industries bottom line. Another recent report indicated that Spotify’s premium service wasn’t paying off as intended, although it was pretty vague about the details. With a big fund raising round on the table, which could value the company at $3.5 billion, this is a bold move for Spotify. It shows Spotify has made the music labels comfortable pushing the boundaries of where their music can been seen and heard.