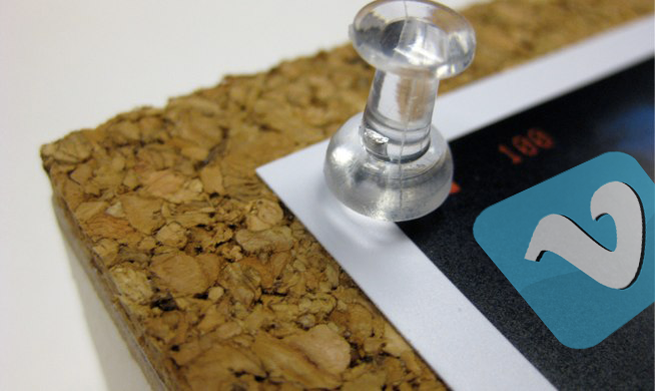 Today, the people of Pinterest have a new way to express themselves: through Vimeo videos.

The third most popular social network, known for its arts, crafts, and food-enthusiast members, has expanded the functionality of its popular “pin it” bookmarklet to support “pinning” Vimeo videos.

Pinterest, first launched in 2010, is where millions of web denizens go to discover new treasures and inspire their friends. The site hinges around digital pin-boards, and members pluck pictures from across the web to fill out collections for any purpose.

Starting today, Pinterest users can click the “pin it” button to fetch Vimeo videos embedded anywhere on the web and add them to their boards for a little extra oomph. Previously, the bookmarklet only supported the pinning of YouTube videos.

The new feature is the third update from the startup in less than month, and follows the release of new profile pages and customizable board covers.

Realistically, the Vimeo pinning functionality will do more for the video service, which also appeals to connoisseurs of design, than for Pinterest. The inspiration focused social network has earned a reputation for driving tons of traffic (and purchases on e-commerce sites).

However, as Pinterest expands the purpose of its bookmarklet, it’s feasible that the slew of the new users joining each month will come up with fresh ideas for how to make their boards come to life, meaning that the startup could continue to push beyond its arts-and-crafts origins for even broader appeal.