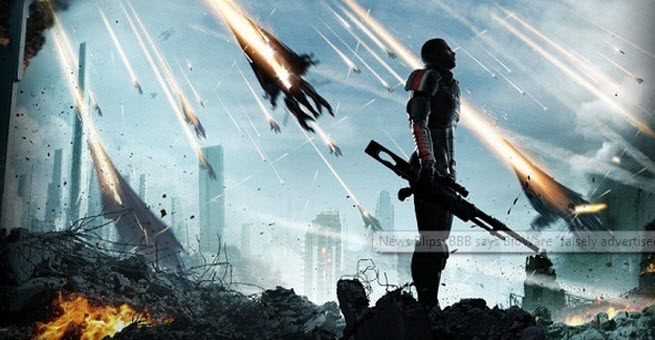 Video game sales fell 25 percent in March, with total industry sales falling to $1.10 billion from $1.47 billion a year ago, according to market researcher NPD Group. That happened despite the launch of sci-fi blockbuster Mass Effect 3 from Electronic Arts on March 6.

The poor performance in March was a little better percentage-wise compared to February, when sales fell 20 percent, and January, which was down 34 percent year-over-year. Both January and Feburary had light release schedules for core console games, but March had some big releases this year.

The estimated total consumer spending on games includes physical video and retail games, used games, game rentals, subscriptions, full-game digital downloads, social network games, downloadable content, and mobile games. Not counting hardware, sales were $585.1 million, down 26 percent from $790.9 million a year ago. The poor software sales were in line with what a number of analyst firms predicted. Of course, these sales do not reflect the digital side of games, including social, mobile, and online.

NPD is working with research company EEDAR to try to come up with more accurate numbers for global digital and physical game sales worldwide. The top-selling game of the month was Mass Effect 3 (pictured).

Here’s the commentary from Anita Frazier, analyst at NPD:

“While it was a disappointing month, and first quarter, for new physical retail sales of video games hardware, software and accessories, it wasn’t entirely unexpected given guidance we’ve seen from several sources.”

“Outside of new physical retail sales, we find that the consumer spend on content on used games, rentals, subscriptions, mobile games, social network games, digital full game downloads, and add-on content accounted for an additional $2.5 billion to $2.7 billion across the U.S., U.K., France, and Germany in Q1 2012.”

“Hardware really slowed down this month, and all systems saw a unit sales decline versus last March, and on an average sales per week basis, versus February 2012. That said, the high-definition console systems fared better than many other hardware platforms.”

“High-definition platform unit sales of software were flat [compared] to last year, which is a bright spot in this month’s reporting. “

“Mass Effect 3 sold more than twice as much as did Mass Effect 2 during its introductory month in January 2010.”

“Accessories were up slightly in unit sales for the month, but down in dollars due to a decline in average retail selling price. Interestingly, among the top ten accessory SKUs for the month, only three were “traditional” accessories, while the remainder were either point or subscription cards or Skylanders character packs.”