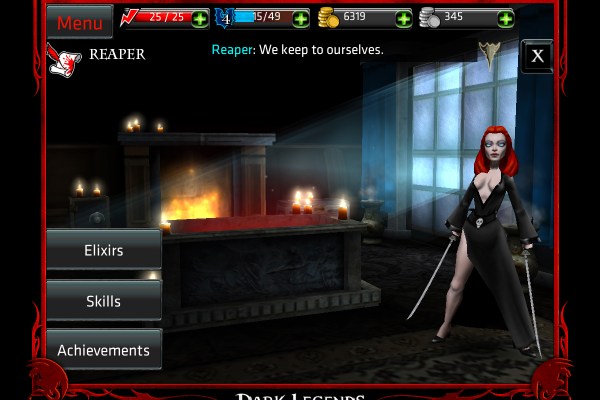 Are you longing for the day you can play a game with depth on your phone or tablet, then hop onto your PC when you get home to continue the adventure? That day may be here, if Spacetime Studios has its way. Dark Legends, the third in the “Legends” franchise, is here and it’s aggressively cross-platform.

“The simultaneous launch of Dark Legends on mobile and PC is the first in what we predict will be a wave of ubiquitous gaming,” says Spacetime CEO Gary Gattis. “The era when gamers were forced to use a specific dedicated gaming device if they wanted to play a particular game is drawing to a close, and Spacetime Studios plans to help lead the way.”

Big words for an even bigger game genre. Dark Legends draws much of its mechanics from Spacetime’s previous games, Star Legends and Pocket Legends, both proving grounds for the technology to run an MMO on iOS, Android, and PC platforms. Dark Legends continues this tradition with a simultaneous release on Android and Google Chrome, with an upcoming release on iOS. 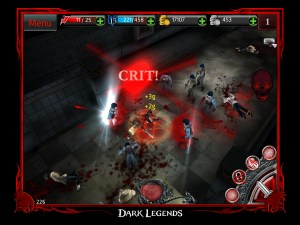 The mechanics here are pure hack/slash and loot collecting, Diablo-style, with an energy and in-app purchase system that echoes many familiar Facebook-style social games. Dark Legends takes players into a persistent world of Vampires, recently come out of the coffin. Modern-day humans, of course, aren’t very happy about this and begin hunting the vampires down. As a recently turned vampire, you take the battle to the streets, facing hordes of humans, undead, werewolves, warlocks and witches, and even demons.

Says Gattis, “Every Legends title is an experiment as we push the boundaries. In Dark Legends we set out to create a new type of social and casual MMO. We wanted to combine casual advancement content told through cut scene stories along with our award winning real-time 3D multiplayer system.”

Spacetime isn’t resting with this release, however. Gattis promises more from the studio in the coming year, saying, “Spacetime Studios is already working on another Legends for the end of this year. We’re also looking at a project completely outside the Legends franchise. The Spacetime client-server technology allows us to build any type of 3D multiplayer, online game — from MMOs to shooters to strategy games — and we’re looking at some really interesting concepts for cross-platform titles.”

Spacetime Studios is based in Austin, Texas.