San Francisco-based ThoughtLeadr has created a self-service ad platform for small to mid-sized social properties with limited resources. The company is announcing its first partnership with Imgur, an image hosting and sharing service that generated 2 billion page views in the past month and is widely popular with Reddit users.

ThoughtLeadr’s ad platform, launching in May, lets the Imgur’s of the world make cash off their creations in a mostly-holistic fashion. The startup builds custom social-ad units, similar in style to a Sponsored Story on Facebook or a Promoted Tweet on Twitter, to provide partners with their own plug-and-play ad networks. 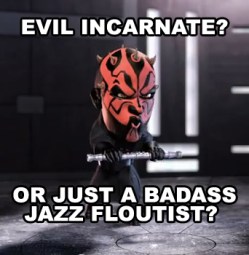 “[Companies] give us access to their firehose of data. We break it down and we understand what all the users are interested in, and then they … treat us like a traditional display ad,” ThoughtLeadr founder and CEO Todd Cullen told VentureBeat. “They put a little snippet of our Javascript on their site, and we’ll build custom social ad units that look just like their system.”

So with the Imgur partnership, for instance, ThoughtLeadr will run a promoted image in the top left-hand slot on Imgur’s gallery page. The image will resemble typical Imgur content but include a marker to denote that it is sponsored content. The end goal is to create an ad that Imgur visitors engage with and share out to Twitter, Facebook, Reddit, and so forth.

When the product officially launches in May, ThoughtLeadr advertisers can run and manage ad units across partner sites using the administrative dashboard seen below.

ThoughtLeadr is currently self-funded. The startup has seven employees and has been working in stealth mode for 12 months.