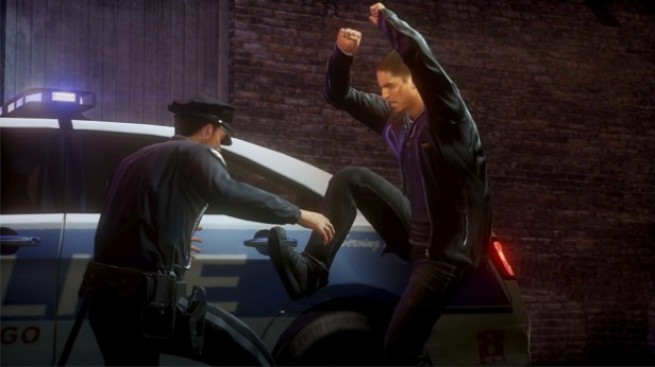 Electronic Arts is reportedly working toward a Hollywood adaptation of its long-running Need for Speed franchise. Brothers John Gatins (a writer of Real Steel) and George Gatins (producer of She’s Out of My League and My Wife is Retarded) have been attached and are allegedly helping EA to shop a script around. Thus far, Warner Bros., Sony, and Paramount are said to be interested — presumably hoping to create a rival to Universal’s blockbuster The Fast and the Furious franchise, which currently has its sixth installment in pre-production.

The Need for Speed series has seen numerous iterations across countless gaming platforms since its inception in 1994. The Fast and the Furious films were a direct inspiration on the Need for Speed Underground subset of titles in 2003 and 2004. The developers implemented an intentionally campy story aspect starting with Need for Speed Most Wanted on the Xbox 360 in 2005 and continued to toy with the concept of featuring live-action sequences to propel the gameplay forward in later sequels. However, when publisher EA moved to force an annual sequel (instead of allowing the standard two years of development), the critically acclaimed series began to become critically panned.

Last year’s iteration, Need For Speed: The Run (which is said to be the inspiration for the upcoming film), again put an emphasis on story — even going so far as to have a commercial of in-game footage edited by Michael Bay. The Run received mixed to average reviews on Metacritic.

Personally, I’m a bit indifferent to the news of a film adaptation. The attached talent feels wrong for this kind of project, and the motivation seems more like an attempt to capitalize on The Fast and the Furious’ popularity than to make a cool movie. And with EA, which was recently voted the “Worst Company in America” by the Consumerist, already struggling year after year to get the Need for Speed games back on track, I think a film version should be the least of their concerns right now.