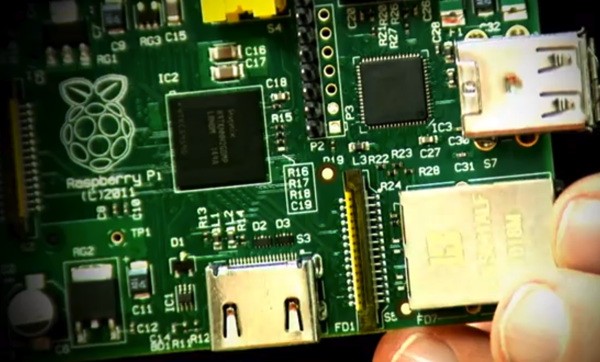 The first Raspberry Pi computer, which costs just $35, is finally shipping after a long wait.

Engineer Eben Upton and programmer David Braben began talking about their stripped-down computer, which can play Quake 3 Arena, last May. At the time, it was the size of a flash drive, but was still able to run the Linux open-source OS with its 700-MHz ARM processor and 128MB of RAM. Since then, it became larger in size and split off into two versions — the $25 Model A and $35 Model B. The devices have seen huge demand via pre-orders.

RS Components and Allied Electronics have begun to mail the computers to those who pre-ordered them. The Model B is now available in the U.K. for £31.86 or in the U.S. for $35.

However, only the Model B started shipping today. The Model A is heading into production in the next few weeks.

Orders for the Model B were taken through Premier Farnell and RS Components, but those sites have since changed pre-order forms to just be forms letting the companies know you’re interested in the product.