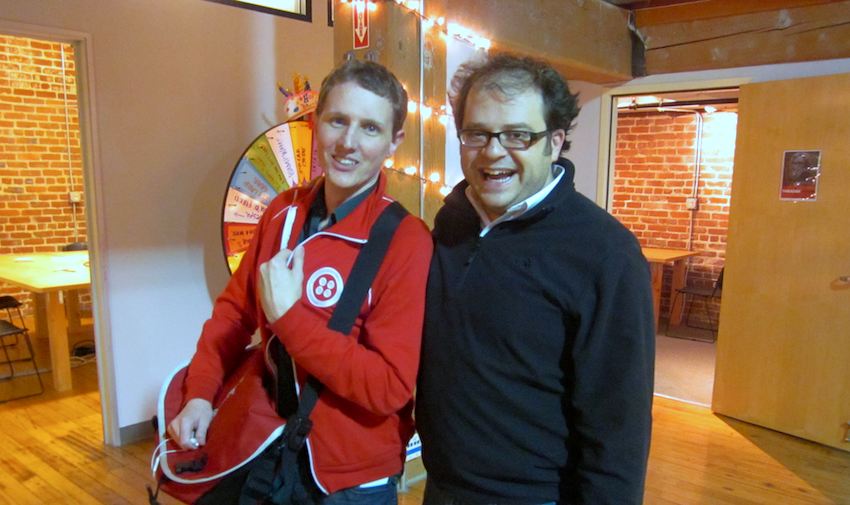 When Twilio chief executive and co-founder Jeff Lawson was ready to take on a third round of funding, he didn’t expect investors to send his term sheet via Twilio application. But, in keeping with the culture that surrounds Twilio, that’s just what happened.

“Culture is a pretty important part of the magic that’s going on over there,” said Byron Deeter, partner at Bessemer Venture Partners, in an interview with VentureBeat. “Even though we were seed investors early, they’re a pretty hot company, so we had to compete.”

Deeter, with Bessemer partner Ethan Kurzweil, came up with the idea to package the term sheet into an app coded on the Twilio platform. Twilio helps developers put phone communications features into their apps. The company gives them a few lines of code, and then takes care of all the back-end work with the operators on its own.

The Bessemer app allowed Lawson to dial a Twilio-connected number, which then played a touch-tone phone menu. According to Lawson, Deeter sent him a text message saying, “We want to talk about the term sheet, please call this number.” When he called in, the automated voice said, “Press one for $5 million, press two for $10 million, press three for $15 million.”

“We were legitimately giving him the option,” said Deeter. “We had multiple versions of the term sheet made up for whichever one he chose!”

This is just an example of the culture that has shaped Twilio and produced apps such as Callin’ Oates, “Your emergency Hall and Oates helpline.” (If you haven’t experienced Callin’ Oates yet, please stop reading and visit www.callinoates.com.) 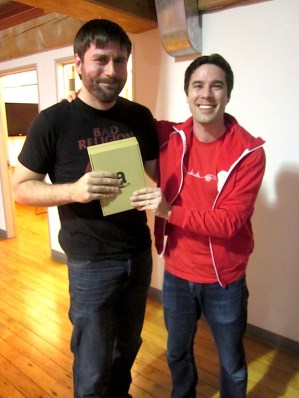 Each time Twilio hires a new employee, they are asked to develop and present an app built on the company’s application programming interface (API). The demonstrations happen almost every Wednesday and are catered by a local restaurant. This is where Callin’ Oates (have you tried it yet?) first debuted, created by senior corporate communications manager Michael Selvidge, who explained that the weekly demos are “this sort of ritual that helps to keep the growing pains down.”

I visited Twilio on one of these nights. Three new employees demonstrated their apps. Carter Rabasa, a former Microsoft employee working on Internet Explorer, created a way to track the “legs” of a call placed on Twilio. That is, the app could let you see how many calls are connected through the app, if anyone was added to a phone call, and how much money each call cost. Another, Thomas Wilsher, created a way to bypass automated customer service to reach a human.

Twilio’s newest accounting manager, Gina Maffei, was inspired to make her app after she became so frustrated that she cried at work one day.

“The first day I cried. I had to remove myself,” she said to her coworkers. “I’m sure I’m not the only person who has a day when they need to remove themselves.”

She created an app that lets you listen to soothing music, gives meditation instructions, or plays whale sounds.

Presenting these apps is a rite of passage for “Twilions,” who afterward receive a red Twilio track jacket and a Kindle e-reader. Those Kindles, Lawson says, are used to help the Twilions share books. Eventually he wants employees to write book reports for each other. 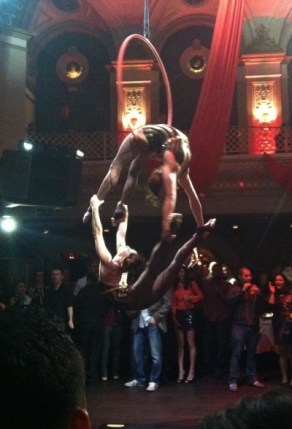 Sometimes corporate culture can get out of hand. For example, Sean Parker is rumored to have bought an entire warehouse for Spotify’s f8 party (though the oversized tequila bottles did look cool), and TapJoy entertained its holiday party guests with a trapeze act, shown in the photo to the right. But while it can be argued that these tactics show company growth and strength, customers have to wonder why that money isn’t being recycled into product development.

“Some companies try to manufacture culture by throwing money at it, and that’s not authentic,” said Deeter. “There’s certainly excesses that we saw in the last Dot Com bubble, and I fear we see some of it now.”

Deeter doesn’t seem to file Twilio under that category, however, and understands why today’s Silicon Valley companies may treat employees to ski trips or pizza Fridays.

“The reality is these guys are busting their asses 60, 80, 90 hours a week,” he said. “It’s clearly not [investors’] worry to sit there and say you can’t have the nice party, or swag, when their social life has to go to the side.”

As I left the Wednesday night dinner at Twilio, one employee took me aside to show me the app he made early in his Twilio career. He had created an SMS app called, “Twilio Latrine,” so his fellow employees could tell if the bathroom was occupied without having to leave their desks. According to him, before the San Francisco office expanded, it was getting so crowded that there were lines forming at the bathrooms.

Maybe you don’t need trapeze acts to show company solidarity after all.