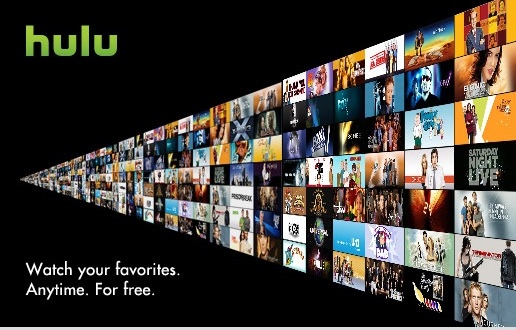 After gaining over 2 million paying subscribers of its Hulu Plus premium subscription service, Hulu is ready for its next big challenge — evolving into the first true internet-based premium television network.

“If we’re really on our game, people will look back on it and will say, ‘Wow, I can’t believe TV was like that in 2007,’ ” Hulu CEO Jason Kilar said during the AdAge digital advertising industry event in New York City this week.

To give you some background, Hulu offers limited access to ad-supported prime time TV show on its website. It’s Hulu Plus subscription service runs users $8 per month for access to a larger library of exclusive content as well as the ability to watch programming on several different devices. Hulu gets about 38 million monthly visitors, according to comScore. and reported $420 in revenue for 2011 (up 60 percent from the previous year). Next year, the company expects half of its revenue to come from Hulu Plus subscriptions alone.

Now, the company is ready to stop relying solely on content from the big broadcast and cable networks (Fox, NBC, ABC, CW, Viacom, and others) to draw in viewers. Instead, Hulu wants to produce its own slate of original programing, and has licensed 13 original TV shows that will appear exclusively online. Some of the original shows on Hulu include scripted comedy Battleground, Morgan Spurlock’s A Day in the Life reality series, and unscripted travel show Up to Speed from acclaimed director Richard Linklater (Dazed and Confused, Slackers) this summer.

As the New York Times points out, Hulu is pitching advertisers on those new shows, much in the same way traditional TV networks do each season.

And speaking of advertising, Hulu is also making some big changes to boost results. Hulu is already leading the pack in terms of video ads shown. In February the company ran 1.5 billion video ads, compared with Google’s 1.2 billion, according to comScore.

Along with the milestone Hulu Plus subscribers announcement, Hulu also reveal that it was revising its advertising strategy so that advertisers are only charged when a commercial (video ad) is viewed to completion. So for instance, if I close the browser window in the middle of a commercial break for Community, Hulu doesn’t charge for that ad. This “100% Completion Rate” guarantee is something that Hulu probably wouldn’t even consider if it wasn’t confident that the majority of its commercials are actually finished. However, the new strategy may  provide just enough incentive to grab more big-name advertisers who prefer to spend their ad budget on regular TV alone.

Despite massive growth to its overall user base, paying subscriptions, and advertising revenue, Hulu still faces plenty of challenges that could potentially derail its forward momentum.

All of Hulu’s content as ad-supported, which means users may be more inclined to watch older episodes of a TV show on ad-free streaming services like Amazon’s Prime Video or Netflix. And in terms of original programming, Hulu is entering a battle with Google-owned video site YouTube, which has committed to spending upwards of $100 million to boost its library of premium original shows. YouTube’s efforts have swallowed up internet-centric web shows like Felicia Day’s The Guild, The Onion News Network, and others.

But for Hulu, it’s not likely that the company will be able to allocate anything close to $100 million to jump-start its original programming line up. Hulu’s owners — NBCUniversal/Comcast, Fox/News Corp., ABC/Disney —  are some of the biggest broadcast TV stations in the country, which limits what Hulu can do in terms of growth and strategy. In the past, Hulu’s parent companies haven’t really seen eye-to-eye on how to grow the streaming video service, which nearly lead to them selling off Hulu.

“The bulk of our business is working with those big media companies, and they’re going to make choices based on how they see the whole ecosystem evolving,” Hulu SVP of Content Andy Forssell told the NY Times.