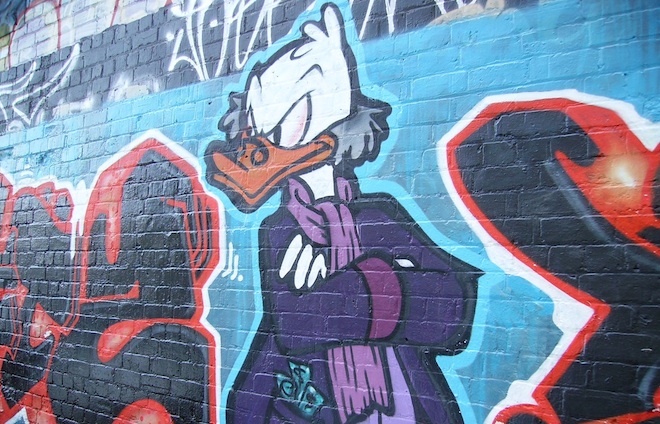 Andreessen Horowitz realized a terrific return on its investment in Instagram, turning $500,000 into an estimated $100 million in about two years.

Imagine you went to the local tacqueria and ordered a burrito. Then you put the burrito aside while you went to get a glass of water. When you came back to the table, you discovered that the burrito had turned into a pair of first-class tickets to Hawaii. Now just multiply that by 50,000 burritos, and you’ve got a pretty good idea of how profitable this venture capital business can be.

Nice return on investment. Too bad Andreessen Horowitz missed a shot at more than doubling its payout.

The company made an initial $500,000 investment in 2010 in Burbn, the parent company of Instagram.

But later that year, shortly before Instagram picked up its first institutional funding round, Andreessen Horowitz switched horses and poured $5 million into Instagram competitor PicPlz.

Pic what now? That’s right, it’s an app for adding cute retro filters to your photos and then sharing them, just like Instagram. Only there’s one big difference: Instagram was recently sold to Facebook for $1 billion, while PicPlz is, well, it’s hard to say. The company hasn’t updated its blog in five months, which is not a good sign. Founder Dalton Caldwell isn’t actively involved in PicPlz anymore and is spending his time on App.net, a mobile app promotion service, instead. When I interviewed him at DEMO last year, he didn’t really even want to talk about the photo service he’d created.

You could make a strong argument that by refusing to invest in Instagram’s Series A, Andreessen Horowitz blew a chance at doubling its stake in the company. It also left an opening for competing VC firm Benchmark to move in. Benchmark holds an estimated 18 percent of the billion-dollar company, after leading the $7 million first round and participating in the Sequoia-led $50 million second round just prior to the acquisition.

Of course, there’s more than enough money and pre-IPO Facebook stock to go around in this deal, but the short version is that Andreessen Horowitz could have been sitting on a $280 million return now instead of a $100 million one.

At the time of the PicPlz investment, Marc Andreessen posted a comment on Quora, explaining his firm’s decision as a conflict of interest issue. When Andreessen Horowitz invested in Burbn, it was a location-tracking service that didn’t compete with the firm’s prior investment in PicPlz. But when Burbn pivoted and turned its primary product into a photo-sharing app, that investment became a conflict, so Andreessen Horowitz dialed back its involvement. (The irony is that the conflict of interest went away anyway, since Caldwell’s company is no longer focused on image sharing.)

Of course, if it were truly a conflict of interest, the firm could have dialed back its involvement in Instagram entirely, maybe even divesting itself of its shares (I’m sure Benchmark would have been happy to buy them). Or it could have dumped its shares of PicPlz, which in 2010 was already looking like a pale also-ran compared to red-hot Instagram. Or the firm could have said, screw it, we’re betting on both horses as a way of ensuring that we win no matter what — and really, since when do conflicts of interest present an insurmountable barrier to VC investments?

Maybe I don’t understand VC ethics, but I do know one thing: Even though Andreessen Horowitz scored a swimming pool full of cash out of this deal, its partners are probably just a little bummed that it’s not two and a half swimming pools full of cash.

That’s a steep price to pay for doing the right thing.