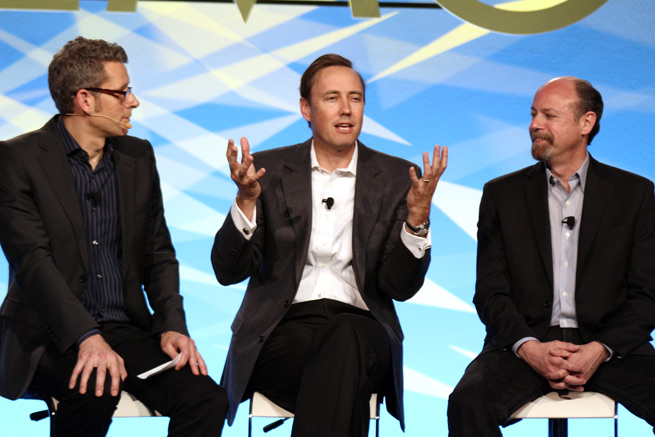 If you found that 60 to 80 percent of your customers belonged to a particular demographic, you’d probably retarget your marketing and product development efforts to focus on that market.

Yet many internet companies are failing to do just that.

The population in question is the growing slice of the American population 50 years old and up. According to Steve Jurvetson, a managing director at venture capital firm Draper Fisher Jurvetson, and Jody Holtzman, a senior vice president at AARP, many digital companies are doing nothing to accommodate older consumers. The two spoke in a panel discussion today at DEMO Spring 2012 in Santa Clara, Calif., an event co-produced by VentureBeat.

According to Jurvetson, people in this demographic:

“Demographics is destiny. This is going to shift markets all over the world,” Jurvetson said.

Additionally, the total annual consumer spending by baby boomers is $2.5 trillion, with $1 trillion of that spent by those 65 and up, Holtzman said. By comparison, people in Generation Y spend only $800 billion per year.

“You go onto Expedia, or Travelocity, you wouldn’t know that 80 percent of leisure travel buyers are 50+ from looking at those sites. It’s like they don’t know who their customers are,” Holtman said. For example, fonts are small and difficult to read with older eyes, and there’s no option to make the type size larger.

Travel sites aren’t the only unwitting beneficiaries of an older user demographic. For example, in the popular PC multiplayer game Wizard 101, which is aimed at 7-12 year olds, it turns out that many players are quite a bit older.

“The amount of intergenerational play between kids and their parents and grandparents is a huge part of the game,” Holtzman said.

Similarly, startup LegalZoom, which provides legal documents, has found that many of its customers are 50 or older.

In the end, designing for the broadest possible demographic just makes sense, because it opens you to the largest market.

“It’s an opportunity for making sure that you maximize your market,” Holtzman said. “When you build something that a 5-year-old or an 85-year-old can use, like an iPad, you’re maximizing your market opportunity.”

[Update: Jurveston has just posted some more thoughts on this, including the observation that children hit their peak at 2 to 3 years old, with 10x the synapses and 2x the energy burn of an adult brain, but that adults can slow their decline through mental exercise.]