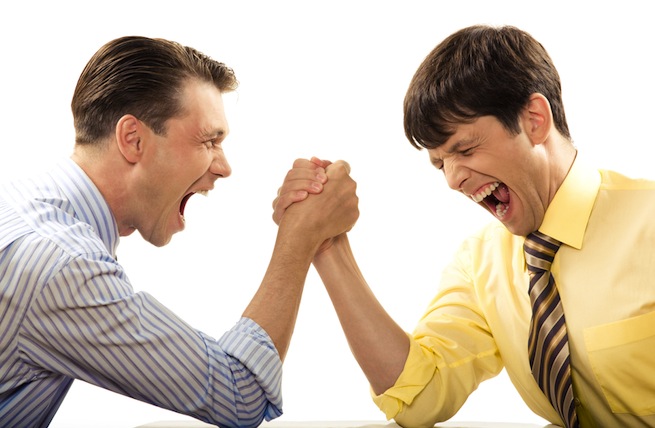 The debate club is coming to Facebook, and no, I don’t mean the after-school activity. CrowdFanatic is pitting Facebook fan pages against each other today, opening up the “walled garden of fans” that are social groups for lively back-and-forth.

“Facebook’s groups and pages act as isolated islands with no bridges to other groups and limited ways to promote their causes or challenge rivals,” said CrowdFanatic founder Yaron Bazaz in an e-mail to VentureBeat. “There is no place on the internet that acts like online Tahrir Square, where rival groups can engage online directly to advance their cause or create a democratic dialog with opponent.”

CrowdFanatic’s new social app acts as layer over Facebook, so that fans from, say, Obama’s fan page can go head-to-head with Mitt Romney’s. Users can “create arenas” in which these fans will suggest debate topics, play games, vote in polls, and perform other Facebook-oriented actions such as liking and commenting. On either side, fans can become “top supporters” depending on how often they engage with the arena. The end goal is to win your debates and spread your side of the story on the biggest social network in the world.

Bazaz notes that EnemyGraph lets you find people with rivaling opinions across Facebook, but doesn’t give you a place to hash out opinions in a public forum. Of course, you could also just like a fan page and put your opposing views on that page’s wall, but that’s poor Facebook form. Twitter will undoubtedly remain the most popular debating destination among social networks.

Currently, CrowdFanatic is getting interest from sports organizations, non-profits, as well as protesters to use the app.

Bazaz started the company in 2009 and opened the beta destination site crowdfanatic.com in 2011. So far the company has raised around $300,000 from friends and family, as well as government grants. CrowdFanatic has six employees and is headquartered in Vancouver as well as Sunnyvale, Calif.

[Update: On stage at DEMO, Bazaz and his colleague Chris (pictured below) showed how you could easily create an arena. They created a Hunger Games vs. Twilight movie battle. Then they activated it with one click and then shared the link with friends. Friends could then pile into the discussion and vote. In another ongoing battle, they showed that The Hunger Games was beating Harry Potter, 518 to 307.

Bazaz said, “In a fun way, you can fight for the group and win the social media battlefield.”] 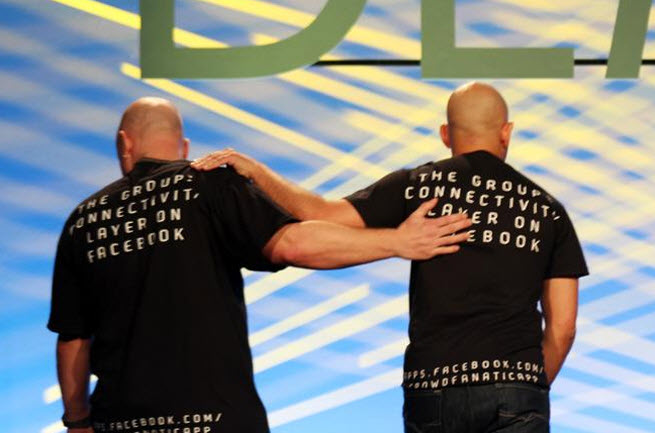 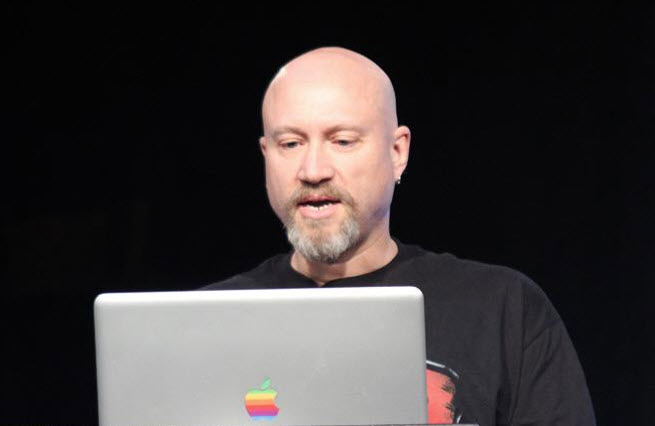 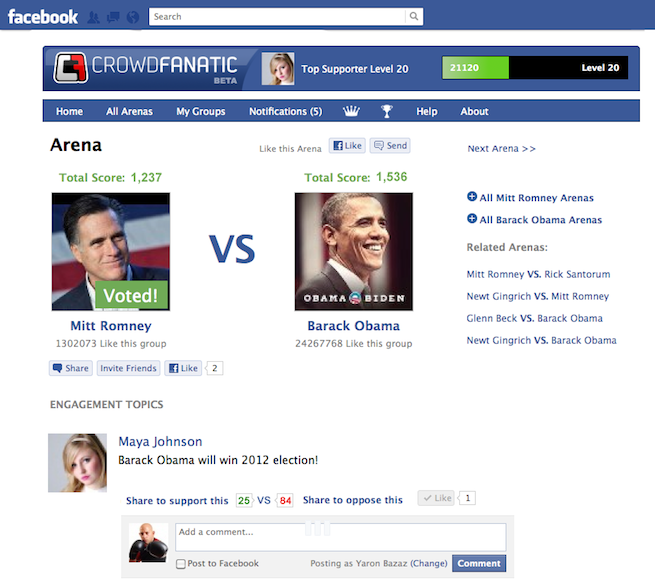 CrowdFanatic is one of 80 companies chosen by VentureBeat to launch at the DEMO Spring 2012 event taking place this week in Silicon Valley. After we make our selections, the chosen companies pay a fee to present. Our coverage of them remains objective.