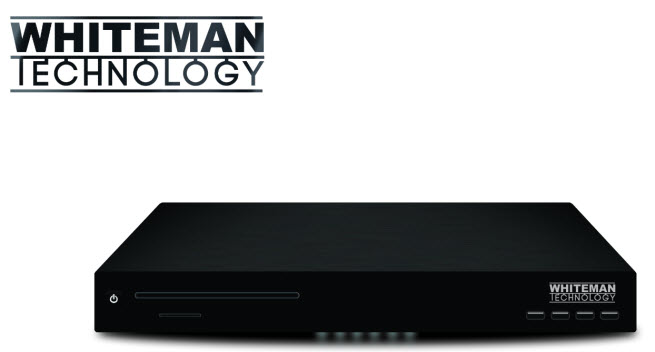 The tiny startup Whiteman Technology unveiled a Windows-based set-top box that will handle many living room entertainment tasks, which are various enough to include displaying cable TV programming and playing 3D games for the PC.

The Clovis, N.M.-based startup made the announcement of the all-in-one Delta digital video recorder (DVR) device today at the DEMO Spring 2012 conference in Santa Clara, Calif. The company is trying to take advantage of a lull in the launch of high-end consumer electronics equipment. Companies such as Microsoft and Sony have delayed the launch of new video game systems, leaving an opening for the firm, said Ryan Whiteman, president and co-founder, in an interview with VentureBeat. The idea is to consolidate multiple boxes into just one. 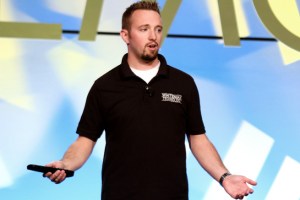 Above: Whiteman Technology at DEMO

“We can handle the recording of six channels at the same time,” Whiteman said.

The Whiteman Technology box will be able to handle cable card programming and store a whole entertainment collection on a three-terabyte hard drive. It will have the hardware to handle advanced 3D gaming and plenty of space to store pictures, music, movies, and videos. It could use both voice control and gesture recognition for input.

It may not be easy for the company to pull off. Whiteman acknowledges that it is tough starting a company in a small town in New Mexico. And with only five employees, the self-funded Whiteman Technology could have its hands full if the product takes off.

“We’ve taken people off guard with a hardware startup,” Whiteman said. “We have gotten a lot of attention, and we intend to build this in the U.S.”

The device will have a Blu-ray playback drive, and it will be able to run Android apps via the Blue Stacks emulator software.

Whiteman hasn’t set the price yet, but it will be comparable to Tivo-like DVRs. He said it will use a new multicore accelerated processing unit (APU) from Advanced Micro Devices, which can put a microprocessor and graphics chip together on the same integrated circuit. It will run the Windows 7 embedded operating system from Microsoft, and it will have the Windows Media Center user interface. Over time, it could be upgraded to use Windows 8. Whiteman hopes to launch the product in the fourth quarter.

Whiteman came up with the idea in 2008 and started the firm last year with co-founders Blake Jordan and Shaffin Baldwin. Whiteman was previously a contractor for the Air Force and spent five years in the U.S. Navy.

Whiteman Technology is one of 80 companies chosen by VentureBeat to launch at the DEMO Spring 2012 event taking place this week in Silicon Valley. After we make our selections, the chosen companies pay a fee to present. Our coverage of them remains objective.