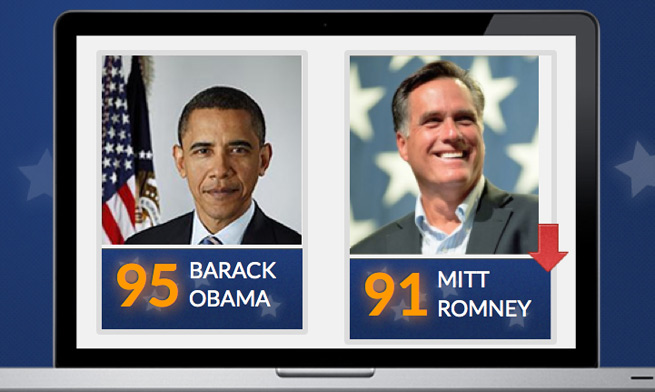 Fantasy football is a huge and very lucrative multibillion-dollar industry in the United States. Politics are equally competitive and ruthless, and its fans just as passionate, but it lacks the fun as well as obvious way to profit (you know, unless you’re a politician).

Fantasy Politics is a new site that combines Fantasy Football and politics. Sign in with Facebook or Twitter and start building your own fantasy team of politicians and pundits. You can organize a league of four to eight friends, or go all in and join a public league. You can play daily and rack up points, draft or drop players, and pick a starting player. It’s free to play, but there’s a fee if you want to compete in the national championship. The startup showed off its game at the DEMO Spring 2012 conference in Santa Clara, Calif. on Thursday. 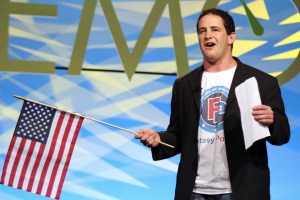 “It all started with a really bad idea,” said CEO Aaron Michel. “In 2010 I decided to put together a political game … I threw $1,500 into it, hired an outsourced developer and a young guy right out of college to run things. It wasn’t good.”

The pet project got some media coverage and over time grew into an idea for a real company. The San Francisco-based startup’s first investor was treasurer of the DNC, Andy Tobias, who also happens to be a software entrepreneur. Between Tobias and family members, Fantasy Politics has raised $50,000 in seed money to date.

Michel described the game as “a gateway drug to a great civic education.” The founders are hoping what begins as a time-killer can grow into a genuine interest in and understanding of American politics. Judging by the great team, slick interface, and lively political climate in the U.S., they’ve got my vote.

Fantasy Politics received mixed reviews from a panel of expert judges following the company’s demonstration. Menlo Ventures partner Shervin Pishevar said it was too niche, but Cisco SVP of IT Communication & Collaboration Sheila Jordan appreciated the potential political educational value of the startup.

Fantasy Politics is one of 80 companies chosen by VentureBeat to launch at the DEMO Spring 2012 event taking place this week in Silicon Valley. After we make our selections, the chosen companies pay a fee to present. Our coverage of them remains objective.